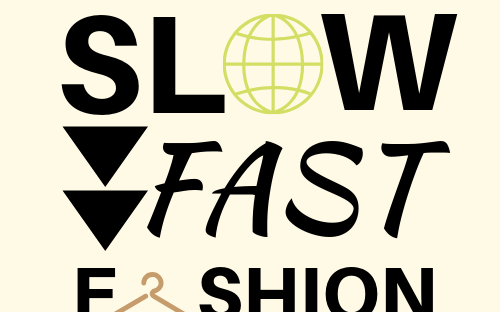 This is a campaign to raise awareness of the environmental impacts of fast fashion.

Fast fashion is defined as ‘inexpensive clothing produced rapidly by mass-market retailers in response to the latest trends’.

The popularity of fast fashion has skyrocketed over recent years, which also means the effects have increased tenfold. The fashion industry has overtaken travel, agriculture, and others to become the second most polluting industry, only to be beaten by oil.

In the UK alone, the consumption of new clothing per head is on average 26.7kg, which is the highest in Europe.

Here are some global facts regarding the impacts of fast fashion:

Despite these shocking statistics, it is impossible to ignore the ‘buy one get one free’ or ‘50% off’ signs following us wherever we go, whether we are walking the streets or browsing the internet, sales are everywhere. And in a world where everything is becoming more expensive, clothing, on the other hand, is becoming cheaper.

This campaign is not to make one feel guilty regarding their shopping habits, but instead to raise awareness of the darker side of the fashion industry that the large retailers do not want you to see, so we, as consumers can make an informed choice when it comes to buying our clothes.