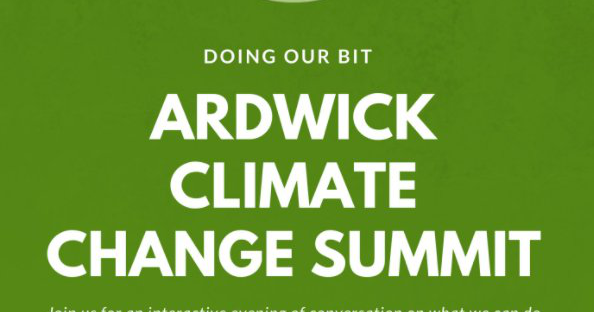 Ardwick residents and the Manchester Climate Change Agency came together at Brunswick Church for a local climate summit.

With COP26 ending, around 30 Ardwick residents came together to fight climate change in the ward.

The event was held at Brunswick Church and hosted by Councillor Amna Abdullatif and Lisa Lingard, communities lead for Manchester Climate Change Agency.

Councillor Abdullatif said the aims of the evening were “about us doing something locally as well.  It’s about you, as residents of Ardwick, whether you work or live here, contributing to the future for Ardwick on this agenda”.

Lisa Lingard explained the role of the climate change agency and the environmental situation in the city.

Presenting to a sizeable audience, she shared Manchester’s most recent emission figures: 32% from transport, 38% from commercial industry and 30% from homes. Manchester has a target of 2035 to reach zero carbon emissions.

Five activity tables were set up looking at everything from recycling and green spaces to transport.

Lisa Lingard said that after receiving funding from the Lottery’s Climate Action Fund, there were 13 different projects happening in Moss Side alone.

Councillor Abdullatif focused on environmental obstacles in the ward, saying: “Unfortunately, Ardwick has become the car park of the city. We need to make sure residents take control at a local level.”

She said the aims of the evening were “to make sure we connect people and the projects that are happening.”

“It’s about getting some quick wins. Quick wins build confidence so we can tackle bigger and bigger things.”

Quoting Mother Theresa, he said: “It might be a drop in the ocean, but the ocean is made up of lots of drops.”

Anyone interested in finding out more about the project should look into In our Nature Manchester, which has projects rangin from fridges’ storing and sharing surplus food to a community garden at St Chad’s Primary School.