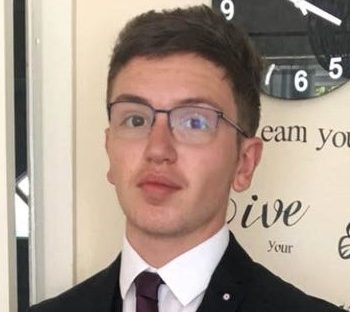 The family of Yousef Makki are awaiting a court ruling for a judicial review into the verdict of Yousef’s killing.

During a seven-day inquest last year, senior south Manchester coroner Alison Mutch said that she could not conclude that the death of Yousef was unlawful.

The family have applied to the High Court for a judicial review to repeal the coroner’s ruling and seek a new inquest in front of a different coroner.

Yousef, a Burnage scholarship student at Manchester Grammar School, was only 17 when he was fatally stabbed through the heart in 2019 by his friend Joshua Molnar.

Memory from 2yrs ago.. getting close to the anniversary now & every year my only wish is that i could bring you back Yousef #Yousefmakki pic.twitter.com/4wMkxE9oKF

At the time, Molnar was acquitted of murder and manslaughter for the stabbing.

Molnar was sentenced to a 16-month detention and training order for possession of the knife used in the incident and lying to police at the scene of the crime.

His co-defendant at the 2019 trial Adam Chowdhary, also 17 at the time, who described Yousef as his ‘best friend’ was acquitted of perverting the course of justice.

Molnar said he acted in self defence during the incident after Yousef allegedly pushed and punched him during a row between the two Manchester Grammar School pupils.

Giving evidence at the inquest, Molnar insisted he could not remember whether himself or Yousef pulled the knife out first, describing the fatal incident as a ‘small clash’.

Following November’s inquest, Coroner Ms Mutch recorded a conclusion, saying: “Yousef died from complications of a stab wound to chest. The precise circumstances in which he was wounded cannot, on balance of probabilities, be ascertained.”

She dismissed possible verdicts of accidental death, misadventure and an open verdict.

Yousef’s sister, Jade Akoum, told NQ: “We were devastated at the ‘narrative’ verdict from the inquest in November 2021 and believe we have the grounds to ask for the ruling to be quashed.

We hope to have a new inquest

The family’s formal application for a judicial review argues that the court ruling was ‘unreasonable’ as it “failed to address or make findings on central matters in the case such as to enable her to reach a conclusion – on the balance of probabilities – as to the lawfulness of the killing”.

Jade said: “We hope for an unlawful killing. We think all of the evidence provided to the inquest proved that to be the conclusion.

“Every person who followed was shocked at the outcome given.”

The application has now been formally lodged at the High Court and currently awaits a decision.

Yousef’s sister Jade has also produced a book on her fight for justice for Yousef.