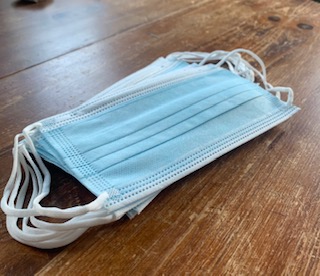 Reports from Downing Street have indicated that Prime Minister Boris Johnson could be set to impose tighter restrictions across multiple areas in the North of England, leading to the closure of pubs and restaurants in Manchester, Liverpool and Newcastle.

The MEN has reported that a spokesperson for Downing Street has said the government is ‘considering a “range of options” with preliminary data showing there is “significant” exposure in hospitality settings.’

These restrictions are said to be announced this coming Monday as part of a three tier traffic light system created in order to try and tackle the rising numbers in COVID-19 positive cases across the country.

Speaking to Sky News earlier today, Robert Jenrick Housing Secretary said: “We’re trying to take a regional and proportionate approach, and that means reviewing the passage of the virus in each part of the country.

“It is true that the virus is rising in terms of the number of cases quite significantly in the North West, in the North east and in a number of other cities like Nottingham for example… and we are currently considering what the right action would be to take in those places and we’ll make a conclusion on that as soon as we can.”

According to a report from the Times, the Prime Minister ‘signed off on the lockdown last night alongside new financial support.’, which has reportedly ‘angered’ Northern mayors who have been ‘kept in the dark’ about these supposed upcoming measures.

Manchester currently has the highest infection rate for COVID-19 in the country, with figures rising to 561.7 positive tests per 100,000 people in the week leading up to October 2nd. 3,105 tests came back positive that week, which was up from 1,444 the week before, which is a week-on-week increase of 115%.

The University of Manchester is teaching online only for its students.

Fallowfield in particular has been dubbed the ‘coronavirus capital’ by the Independent, after becoming the worst affected area in the country. This steep rise is said to be mainly down to the return of around 80,000 students back to Manchester, a large number of whom live in the area.

Speaking to the Manchester Evening News, Councillor Bev Craig, the council’s executive member for Adult Health and Wellbeing said: “We have seen a significant rise in the number of COVID-19 cases being reported in our city [Manchester], and I want to reassure the Manchester people that our local public health teams are working hard to get the virus under control.

“Analysis shows that much of this increase has come from the many thousands of students coming to or returning to our city.

“Many of those testing positive are living in student halls, many are not displaying symptoms and the council is working closely with the universities to make sure that the current outbreaks are contained-and that the community transmission in other settings remains much lower to protect those in our community who are more vulnerable to COVID-19.”

You can find the latest NHS advice on COVID-19 here, and guidance and support for MMU students here.