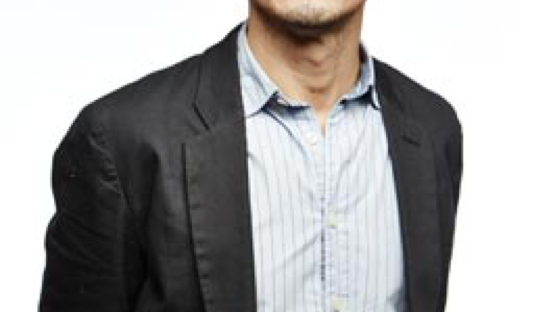 Famous photographers like Martin Parr, Peter Fraser and Brian Griffin influenced a photography course in the city of Manchester, especially in the late 1960s and 1970s, when independent photography blossomed, and “working in a way that was your own” is part of the tradition of the course which stretches back to the days when MMU was Manchester Polytechnic.

Many universities around the country now offer well-respected and popular photography courses. London is well known for its courses and institutes but one closer to home is the Manchester School of Art.

Its three year course – offers a rich cultural and artistic base from which students are encouraged to showcase their work via exhibitions.

This practice-based course aims to develop you as a creative practitioner and independent thinker. Students are introduced to a range of research methods and technical skills that expand their understanding of photography and opens up their creativity through individual and group work – equipping them with the skills to become a confident and professional “photographic practitioner.”

Studies are intended to help develop a critical and historical awareness as well as technical workshops to develop craft skills, including analogue, digital and hybrid practices.

The head of the course, Richard Page, relates how he has fashioned the MMU course to one that is outward facing and which embraces the city.

Richard arrived in Manchester in 2013 from London and became the photography programme leader.  He had a lot of changes in mind because at that time the photography course didn’t “venture into the city” like he wanted it to. Projects were  internal and Richard immediately recognised this as a problem.

Exhibitions were on the roster to be a big focus and working with external partners in the city would be something that its very beneficial to students on the course.

“It takes a while to get to know the city, I’m still learning new things,” Richard tells me as he guides me through last year’s art show programme.

Every page screams out ‘Manchester’, which reflects how much the course has changed.

1.     UnitX:  a filmmaking project engaging with the city and a showcased exhibition of students work

2.     Xhibit in the City: Host work, communication with individuals in the city and engaging with the community. Kind of like Humans of New York but on a smaller scale that lets the smaller voices of the city be heard.

“It’s all about going out and making images. What people are best to do that than the citizens of Manchester,” Richard said.

Richard has recently been working on two upcoming projects, The first is a project with the old London Road Fire Station where photography students interview people involved with the project and really get under the skin of the city.

“The building was opened in 1906 and closed in 1986 and is widely recognised as one of the city’s architectural gems, being Grade Two listed building.”

At the height of its popularity, Manchester was the ninth biggest city in the world in terms of population, just behind Tokyo.

Allied Manchester is planning to turn the former fire station into a hub or entertainment, shops and stalls and filling it with shops and events. Photography students are at the forefront of showing the people the project and what will be classed as something iconic in the future who says it will be iconic? The developers? What about those who are against its development?

Richard is also working with the photography network RedEye, a not for profit Community Benefit Society set up to support and build networks for photographers.

Richard encourages students to have a “fourth year” working with RedEye as a way of breaking into the industry.

He said: “Great ambition is more stuff with communities and charities, skills can still be gained and your voice can still be heard. Education is about encouraging people to think socially, have an open discourse and do the world some good.”

I also spoke to a couple of photography students about what they think of the course, Mark, third year told me: “I absolutely love this course and I feel as though it’s going in the right direction with bringing students out of the classrooms and into the real life breathing city that Manchester is.”

Sarah, who has just started the course says: “I haven’t been on this course long but I do know that I already love it and I can’t wait to see my own portfolio displayed at the shows and working closely with the people of Manchester to get their story heard. I don’t think that’s offered anywhere else except MMU.”

Manchester now and Five Years Ahead – Two alumni from Manchester School of Art Holly Miles and Mike Slater have gone on to do great things in the city, whether it be charity and public work in photography or working at the well renowned Bankley Gallery. Businesses conducting projects in the city. Big companies such as RedEye and even the council have started to up their game in terms of visually presenting information and news and this can only develop more. People like to look at things, everyone knows this but it has taken so long for such a simple act to be recognised. Five years from now who knows how big the course could become and whether or not a school for photography might be opened.

It doesn’t hurt to think big, as Aaron Siskind said: “Photography is a way of feeling, of touching, of loving. What you have caught on film is captured forever… It remembers little things, long after you have forgotten everything.” I’m sure that’s motivation enough.