A 19-year-old man has been charged with the murder of Man Met student Luke O’Connor.

Shiloh Pottinger has been remanded in custody and will appear at Manchester and Salford Magistrates’ Court tomorrow (Monday).

He has also been charged with possession of a bladed article.

The Fallowfield resident was arrested on Friday night (28 October) and interviewed by GMP’s major incident team following the stabbing of Luke O’Connor.

Superintendent Helen Critchley said: “Our detectives have been in liaison with the Crown Prosecution Service who have authorised us this afternoon to charge a suspect with Luke’s murder, which is a significant moment in this case for all concerned.

“Luke and his family remain at the front-and-centre of our investigation and my thoughts are with them this evening at the end of what will have been the most devastating week of their lives.

“We’ve also felt the shock and hurt in our large student community in Fallowfield, and we are continuing to listen and address the concerns that people have spoken to us about this week.

“I’d like to remind everyone that criminal proceedings are active, and nothing should be posted online that could jeopardise the defendant’s right to a free trial, therefore it’s really important people refrain from speculation or commentary on social media throughout the hearing of the case.

The stabbing has had a huge impact on fellow students in the area. Izzy, a student at The University of Manchester and a Fallowfield resident, said: “I was shocked and saddened to hear the news.

“I had been to a club just a few meters down the road of the stabbing that same night and left just 10 minutes before it happened. This obviously hit home and made me think about just how careful and vigilant we need to be.

“I also saw another road taped off near my house with lots of police cars and an ambulance and then heard the news of another stabbing just over 24 hours later.

“The police were doing a ‘stop and search’ in my area which solidifies thoughts regarding the safety of the area.

“The incidents have definitely made me feel more unsafe, particularly at night.

“My thoughts go out to the families of the victims.” 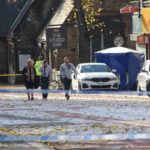 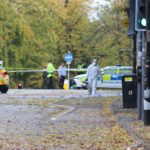