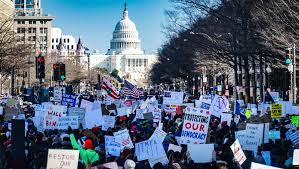 While results of the election slowly drip in, journalists covering the election night are facing different challenges.

Joe Higgins, former editor of the Athens Messenger, is reporting live on the results in Athens, Ohio.

He said: “A lot of national media have turned into a direction where you see more commentators than journalists and that has confused a lot of people.

“When a journalist is giving the facts, there is no confusion.

“I haven’t had problems, because my philosophy as a journalist is to present all the facts and let the people decide.

“If you see that something is wrong you can still say that it is wrong, but you have to have the facts to back it up.”

PR and advertising student, Jessica Steele, is covering the election in Ohio.

While she has not experienced any backlash for her reporting, she is receiving messages on Twitter, where she is expressing her opinions: “They try to change my mind as a journalist because I have the power to publish something and get it widespread.”

And Jessica admits she struggles at times with unbiased reporting: “I am very opinionated. I am never lukewarm.

“But I have to try to keep it as unbiased as I can.

“As a journalist, I want to report the facts. My rule of thumb is to never use the word ‘I’ in an article.”

Meanwhile, over in Michigan, Nathan Stearns, a journalism student at Michigan State University, is finding a reluctance of interviewees to share personal information such as race, gender identity, and how they are voting due to a distrust towards the media in the era of fake news.

He said: “The hardest part, at least for me, is how to phrase these things because you never know what is going to send them off. I’ve gotten yelled at by a couple people.”