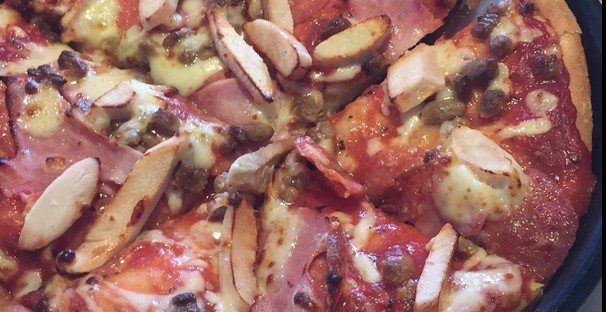 Restaurants have been told they need shrink the size of their pizzas and pies in a desperate attempt to reduce Britain’s growing waistlines.

Public Health England (PHE) officials met with representatives from the food industry to discuss the calorie restriction programme, with calorie limits of 928 suggested for pizzas and 695 for savoury pies

Not everybody thinks these restrictions will tackle obesity, though.

Alex Taberner, a paediatric physiotherapist, said: “The government should encourage free sports clubs, leisure facilities and athletics to increase fitness and health instead.”

This proposed change in legislation comes just months after Britain became one of the only countries in the world to impose a sugar tax on sugary beverages.

Research by Mintel found that just under half of Britons say taxing unhealthy products would encourage them not to purchase.

So it seems shrinking pizza and pie sizes may be counter-intuitive.

“In our society we are designed to navigate towards excess. You see all these food pages on social media and the food they’re putting on there is massively appealing to their audience because they’re like ‘look at this burrito with a pizza inside it’ and everyone’s like ‘oh my god that’s insane’,” she said.

And it’s probably not intended for people to make but it gets in your head and makes you crave it.

A straw poll conducted by the Northern Quota suggested that 86% of the public do not believe that shrinking fattier foods in restaurants will have an impact on obesity.

Most people questioned said the price of fruit and vegetables should be subsidised instead.