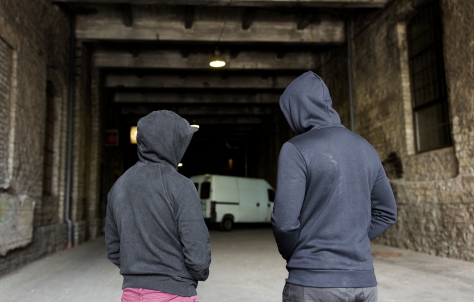 A £300,000 project has been launched to steer young girls away from getting involved in street gangs.

The aim is to offer them alternative activities such as football and boxing, as well as the chance to gain qualifications to help them into work.

The project is a joint  initiative between Manchester Metropolitan University and Manchester Active Voices and is focussed on getting teenage girls backon the straight and narrow.

Dr Deborah Jump, lecturer in crimonlogy at MMU, said: “Typically it is usually males who are thought of when we talk about gangs and their impact, but many women are affected.

“The area of gang-involved women is massively under-researched and, consequently, a lot is unknown but the impact is no less harmful. We want to change that.

“We will support the young women to develop positive choices away from gangs.

“Often they can’t remove themselves from their gang network – they may be related or connected in other ways – so we want to introduce positive elements into their network to empower them.”

The university and Manchester Active Voices will work with local voluntary groups and agencies over the next three years and more than 100 young women in the region.

The project will also have gender-specific programmes across Manchester, including football teams, female boxing clubs and theatre based on their experiences.

MMU sociology lecturer Dr Susan O’Shea said: “The issues these girls face are extremely complex and we hope to offer a suite of activities to support change in these.

“The idea is to create a legacy and provide a knock-on effect whereby other young women can learn and resist the temptation to become gang involved.

“They can then build a legacy for themselves and their community by introducing positive elements to their networks. It is an incredibly powerful idea.”