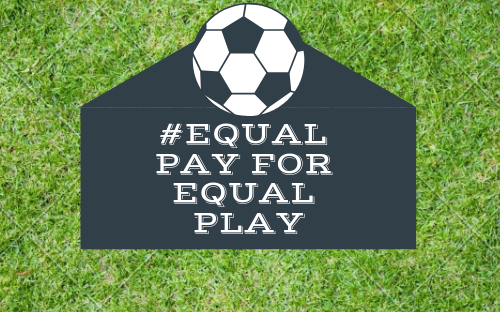 Women working for the Football Association earnt 23.3 percent less on average last year than men, according to new figures published by the governing body.

It is reported in a new study that Paris-Saint-Germain star, Neymar, earns more than every woman in the world’s top seven leagues combined, which is a staggering amount. The gender pay gap is a huge problem in all companies however it seems to be a significant problem in football and needs to be rectified as soon as possible.

In England, the women in the FA women’s super league reportedly earn around £27,000 a year however the men in the Premier League earn £2.64 million or even more depending on the club they are signed to.

#EqualPlayForEqualPlay is a campaign set to raise awareness on the gender pay gap in football and how unfair it is that women work as much as men, yet there is a huge contrast in their pay checks. Women and Men need to support each other for this message to get across. There needs to be change now.

Please sign the petition so we can raise more awareness on this issue and also follow the campaign by visiting the site.