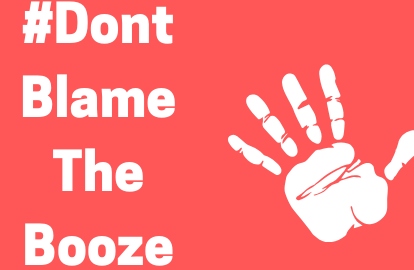 According to DrinkAware, 54% of women and 14% of men have subect to some form of sexual harassment on a night out in the past year alone.

With 43% admitting that they have experienced inappropriate touching and sexual comments almost every time they go on a night out, it is clear that action must be taken to educate the public on the difference between harassment and ‘flirting’ so that the excuse of being drunk is no longer accepted.

This issue has become something for young people to expect as part of night out which has ultimately led to this behaviour being viewed as ‘normal’ and permitted with the defense that alcohol consumption alters people’s perceptions of boundaries.

As this behaviour is viewed as less serious as sexual assault, particularly in the eyes of the law, it often goes unreported and therefore unsolved despite making victims feel afraid, uncomfortable and disgusted.

DrinkAware also found that 73% of students support the idea of universities pursuing action against culprits of drunken sexual harassment however disturbingly, only 34% admitted that they felt their university will believe them and take action highlighting a disturbing problem.

#DontBlameTheBooze is a campaign aiming to introduce consent classes in education facilities such as colleges and universities for both males and females to raise awareness on such a looked-over issue as well as providing safe-spaces for victims to report offences and offer counsellingfor those in need.

The campaign wants to end the culture of disguising harassment as ‘flirty banter’ and to educate young people that the influence of alcohol is no exception. Nobody deserves to have their night ruined by something that is so easily preventable.

Join #DontBlameTheBooze to help take action by signing the petition.

You can also follow the campaign by visiting its site.