What began as a celebration of culture and ethnicities as well as a passion to show family-friendly music (without the emphasis on sexualization, alcohol or drugs) turned out as a blank screen for the British public. This was swiftly followed by Gary Lineker’s message on what he really thinks about Qatar.

Broadcasters BBC and ITV have received criticism for disregarding the iconic World Cup opening ceremony put forth by Qatar, the first Middle Eastern country and the first Muslim country to host the footballing competition.

Fans of the World Cup took to Twitter to show their outrage and labelled it a ‘racist and insensitive move’.

One Twitter user said that even the Russian World Cup opening ceremony in 2018 was “shown in full”.

Another attested that in the past year the BBC showed the Winter Olympics opening ceremony in China, amidst human rights violations and pointed out the hypocrisy.

‘No public displays of affection, regardless of orientation’

Qatar released statements in the run up to the World Cup through CNN which say: “Everyone is welcome in Qatar, but we are a conservative country and any public display of affection, regardless of orientation, is frowned upon. We simply ask for people to respect our culture”.

Support for BBC and ITV decision

Some supported BBC and ITV’s decision not to show the opening ceremony and targeted Qatar’s law on homosexuality as their number one reason for boycotting the event.

Others pointed out that the UK is not so innocent.

Another user shared facts and referenced the shooting in an LGBTQ+ nightclub in Colorado Springs on Saturday which killed 5 people and injured another 25.

This exclusion of the opening ceremony further emphasises Emily Maitlis’ point that the BBC is bias. Rani Patel’s view is: “The BBC has always represented the interests of British capitalism and imperialism, against those of the working class. It is not simply a propaganda machine for this Tory government, but for the British ruling class, in its war on workers.”

Fans criticised commentators Gary Lineker, Alan Shearer and Alex Scott. Some reasons included being paid to go to Qatar despite publicly shaming the country’s laws when they could have boycotted the event instead.

Some were left wondering what was so wrong about the opening ceremony that it wasn’t televised. Ghanim al Muftah, a 20-year old Qatari YouTuber born with a rare condition which impairs development of the spine, recited a verse from the Quran which was translated as follows:

Others said Qatar should send BBC reporters back home and disqualify them from covering the event.

29 year old Manchester resident and long-time World Cup fan Zain Hussain said: “the opening ceremony and what was said was actually beautiful. Considering what Qatar was trying to say was not to force religion down anyone’s throat or disrespect anyone’s belief system. They were trying to highlight their own belief which they have all the right to do. If this issue was as BBC and Gary Lineker have portrayed, they should not be on TV discussing the World Cup matches.

It will be interesting to see Lineker’s twist on it everyday when he reviews the matches. Is he still going to refer to the LGBTQ+ community or other supposed atrocities at the hand of Qatar?” 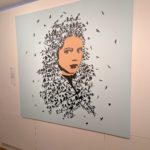