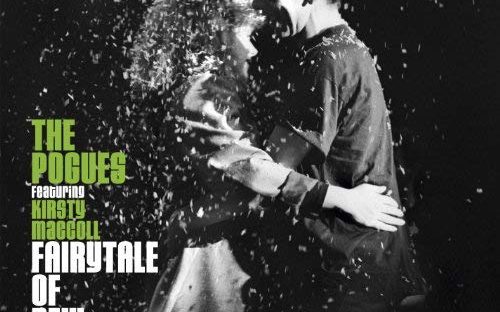 You cheap lousy… is Fairytale of New York too offensive for radio?

Christmas songs clog up the chart toward the end of November leading up to Christmas. One of the most popular songs around this time of year is The Pogues featuring Kirsty MacColl with their festive classic Fairytale of New York.

There is a word commonly used as a homophobic slur in one of the lines of the song at the 2:22 mark (which won’t be written in this article). Some are questioning why the infamous word is not being edited on radio or why there isn’t an edited version of the song available on iTunes or Spotify.

I spoke with the host of Popsessed, a new lifestyle and culture Podcast, Holly Shortall about the song and her thoughts. She said “I’m not LGBT+ but a lot of my friends are and I know that hearing this word hurts a considerable amount of people. It might not have been written to offend, but it does.”

The BBC famously edited out the word from the song back in 2007 but after outrage from listeners changed it back to its original state. The song today is played in its original form with the offensive language left in.

Holly added “It’s a small request from members of a community that we have a history of mistreating and ignoring. The way I see it is, will removing it upset anyone? Probably not, does leaving it in offend? Yes.”

I spoke to Alice Keegan, a media insider for SJM events who said “when you really think about it you’d never get away with saying that nowadays. The second a rapper uses a homophobic slur in a song everyone is on their back.”

Kirsty, the original singer of the song, performed the song with The Pogues on Top Of The Pop’s back in 1992. She changed the offensive word to ‘haggard’ to avoid any offense. You can watch that performance below.

Should the song be edited out for radio? Or is it a classic that should be left untouched. Comment your thoughts below.