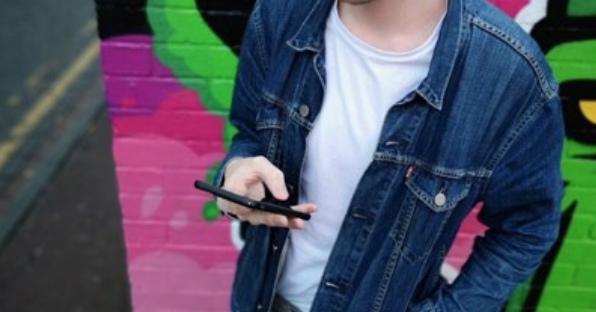 A recent study by the Office for National Statistics found that young people aged 16-24 feel lonely more often than any other age group.

Smoking 15 cigarettes a day and being obese are said to be less hazardous for your health than loneliness.

It appears that for many millennials online, dating, using platforms such as Tinder, Bumble and Grindr, is seen as a short-term answer to a much wider loneliness issue.

Salford University student Ethan Hogan, 20, has had more than his fair share of unsuccessful experiences trying to find the ideal partner on such sites. He told the Northern Quota of one date in particular which did not live up to his expectations.

“He was completely different in real life” Ethan said. “Online he was great; confident, outgoing…and in real life he didn’t say a word. Not even joking, I got my pizza boxed up [on the date] and left”.

When the menu is always overflowing with other potential courses and the phrase “I’m happy but I could be happier” (as coined famously by Love Island) is relevant for a lot of people, a picture emerges as to why so many 16-24s are feeling isolated.

Christopher Daubney, 23, a waiter and bartender hinted that he swipes regularly, which makes him feel inadequate and lonely.

He said: “Most men do this [use tinder] out of boredom with a little bit of loneliness and it’s because most of us who aren’t supermodels have accepted that there’s no point in being picky”.

It is estimated that by 2040, 70% of us will have met our significant other online. Many may find this hard to believe when they log in to their dating accounts and are met with lewd messages which subsequently lead to bad experiences.

Student Jess Coenen, 23, from Manchester recalled her experience on Tinder.

She said:  “He rang me off a blocked number. I’d just told him I wasn’t interested in seeing him anymore but I’d had a nice time. He rang me on no caller ID and then told me he’d see me around. Honestly, for weeks I was walking around with male friends to protect me just in case because he’d picked me up from my house before so he knew where I lived”.

Recent graduate Amy, 22, also uses dating apps to meet new people to fill her time. She thinks that putting yourself out there is quite a scary prospect though.

She said: “I spend so much time thinking about how I look and taking pictures…then I’m like, oh my god does that actually look like me? Am I a massive catfish? There’s also such a massive pressure to look and dress a certain way […] it’s just really difficult”.

This shows that young adults are increasingly feeling the pressure to conform to current beauty standards causing feelings of isolation.

According to the Telegraph, 44% of British people admit to lying in their online profile. This shows why it is so hard to navigate the minefield of dating leaving millennials disappointed and solitary.