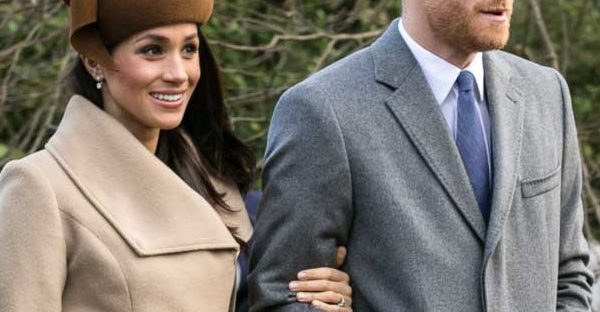 Who should fund Harry and Meghan’s security?

The ramifications of the Duke and Duchess of Sussex’s departure from the Royal Family is continuing to be felt throughout the world.

It is not only a topic of discussion in the United Kingdom – now Canadians are being left to grapple with the issue of the rogue royals.

Harry and Meghan are looking to move to Vancouver Island, with rumours that they are set up for a tell-all interview with the biggest names in western media – Gayle King, Ellen DeGeneres and even Oprah – passing through the press each day.

However, the question of how much they will cost the British taxpayer is an issue of contention. In fact, it’s not a settled matter whether theeir security will be the responsibility of the Britain or not – as of yet, there’s no clarity on where the responsibility for the royal expats’ security lies.

Canadian public safety minister, Bill Blair, said this was an “unprecedented situation” for his country, adding: “There have been no decisions at this time. The ongoing security and threat assessments are taking place.”

Previously, Blair has said that certain individuals, such as heads of state and members of the Royal Family, are considered “internationally protected persons (IPP)” under the UN Protection of Diplomats Convention, which would oblige Canada to provide a certain level of security.

The definition of an IPP, according to the Criminal Code, is limited to the Queen and other members of the Royal Family who “[accompany] that person in a state other than the state in which that person holds that position or office”.

But because Harry and Meghan essentially have renounced their royal titles, Blair said their status is in question.

It is estimated that Harry and Meghan’s security could cost Canadians up $1.7m a year, with some estimates going even higher. Talk of these costs has come with something of a backlash from the Canadian public.

One survey found that 73 per cent of Canadians don’t want any taxpayers’ money going towards Harry and Meghan.

In addition to this, a petition was recently launched by the Canadian Taxpayers’ Federation which called upon Prime Minister Justin Trudeau to ensure that no taxpayer money was spent on the couple. It gained 80,000 signatures in six days.

Some Canadians are pointing to the other end of the spectrum, by highlighting the financial benefits the former Duke and Duchess will bring to Canada. Calculations completed for CBC Radio found that the couple could be worth more than $28 million worth of ‘brand value’, as their presence would draw the attention of news outlets, social media influencers and fans from around the world.

Back in Britain, the public offered mixed perspectives on the unfolding situation.

James, 25, said: “I think it’s wrong because I feel like the idea of the royal family they perform duties in exchange for the protection and privileges they’ve been given.”

Rowdah Chardak, 19, took a more sympathetic view: “I just think that they’ve wanted to do this and that’s their right in a sense. If they say they want to be self-funded they’ve got to do it properly, they can’t just live off the perks and stuff. Everyone is getting so hung up about its really not that big of a deal, I think it’s been overplayed a bit. Just let them live their lives.”

Some people were straight to the point.

“No, I don’t believe Britain should continue paying for their security,” Leah, 43, said. “I do think the royal family is important, but it does need slimming down. If they want to go off and make TV shows like Oprah, then good for them but not on my taxes, thank you.”

There is a general feeling of uncertainty for many on how this matter should be approached.

Alastair, 23, feels uncertain but ultimately feels Harry and Meghan are not normal celebrities, saying: “I think they probably would still be targeted, so from a security perspective they will be targeted as members of the royal family, even though they’ve separated.