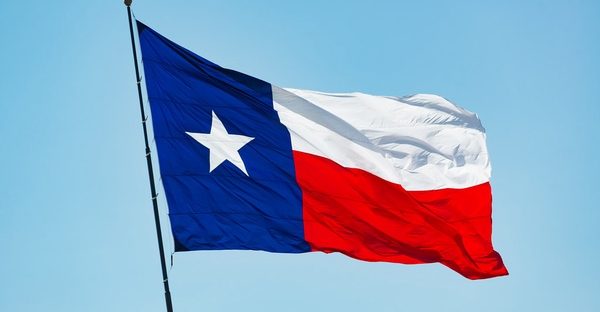 West Texas reflects the dizzying polarisation seen across the US

“I got involved in politics and campaigns two years ago when Beto  O’Rourke  ran,” said Gracie Gomez, the Democratic party chair in Lubbock county, Texas.

“He ignited this movement that helped bring Texas closer,” Gomez said of O’Rourke, citing the hope he inspired in many Democrats throughout Texas in 2018.

Gomez said that, like O’Rourke’s campaign, this year’s race has generated lots of interest and galvanised Democrats in the traditionally conservative county to step up and be heard.

In acknowledging the loss, Gomez said: “I wish the change had come about with this election, we  will  rest a couple of days and start working on the  mid-terms.”

Other issues that may have proved to be snags to the Democrats’ race in Lubbock were touched on, specifically abortion. In a county that has just certified a partition to make it a “sanctuary for the unborn” which would ban abortions within the city of Lubbock and level a fine of $2000 to anyone who performs or aids an abortion, the issue is of intense significance.

“Common sense and history tell you that getting rid of safe abortion does not get rid of it but drives women to seek abortion and risk their lives,” said Gomez, who supports women’s rights to abortion and the arrival of planned parenthood in the county.

Gomez is an exponent of more comprehensive sex education in the county’s schools as a means to enhance younger people’s understanding of these issues.

Lubbock is a small university town, with nothing in the centre further than five or ten minutes away from one another. So, although Gracie Gomez will have been speaking only a few miles away from the Lubbock Republican Party’s election celebrations at the Prima Vista Event Centre, she was lightyears away from them politically.

Jim Baxa in particular, who, with his face lit with Republican-red lights, speaking over President Trump’s national address on a nearby TV, opened his remarks with an unsubstantiated allegation of electoral fraud.

“Trump’s looking good in all the ballots yet to be announced, so it’s looking positive – unless there’s cheating going on.”

Baxa was specifically referring to Pennsylvania and Michigan, whose votes may take days to be fully counted: “They withhold their votes to see how many votes they can cheat with,” he claimed.

Beatriz Brown, an expert in law and justice and a former Thouron Fellow at the University of Pennsylvania Carey Law School, helped put these claims into context: “States have been suspicious of electoral practices in other states since the United States began,” she said, going on to describe long-held perceptions that smaller states and communities have of the bigger states in the north of the USA and on either coast.

These long-held beliefs have been stoked by Trump in the run up to the election, and he has responded with what Brown describes as a ‘slowdown of the postal service’ which compromises people’s ability to cast absentee ballots in the midst of a pandemic and “is directly linked to voter suppression”.

While Baxa regaled NQ reporters and Texas Tech University journalism students on the rife malfeasance he believed to be infecting the northern states, the muffled sound of Donald Trump pierced the Zoom call audio as the President made his address to the nation and again levelled charges of fraud.

Trump went on to claim an early victory despite votes not being fully counted, and said that votes, as in the case of those absentee votes yet to be processed in Pennsylvania and other states, shouldn’t be counted after election day.

This was expected by Brown: “Trump will try to seal the election prematurely,” she said. The President’s premature claim to victory challenges the majority of absentee votes coming up Democrat – after his Democratic challenger Joe Biden made direct appeals to supporters to vote early or by mail ahead of Election Day itself on 3 November.

As Baxa continued to field questions from the NQ reporters and Texas Tech University students, he interspersed his answers with direct attacks on the Democratic Party, calling them “disgusting” and “murderers” – repeatedly giving graphic and sensationalist descriptions of abortion, often without provocation.

These two poles of the political spectrum are a microcosm of the state of the USA nationwide, where it appears that – no matter what the issue – voters on the right and left remain diametrically opposed.