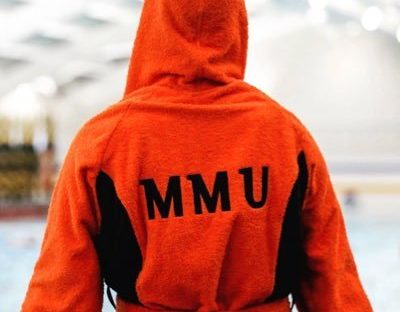 Water Polo gets ready for one of the biggest matches this year!

With less than a week to go until the biggest game of the year for the Water Polo team, we met with the social sec of the team Joel for a pre match chat. Joel is studying sociology at MMU and in his 2nd year. He is also a water polo scholar and really looking forward to the game.

So Joel, how are you feeling about the game?

Excited. We’ve got a very strong team this year. Me and all the other scholars have been getting all the guys together this week at training and we are going to call in a couple of boys who don’t usually play for us. We’ll bolster the team we’ve got, so hopefully we can beat them and win the prem this year.

How’s the league been going for you so far?

It’s actually been very interesting this year because we had a bit of a tough start, with our first 2 away games we came out in draws, which isn’t that good for us. But, when we play them at home, we should absolutely smash them and take the league, and the second half of the season.

In preparation for the game, what are you going to focus on in practices?

We’ve been working on tactics at last night’s training session. We’ll probably practice against Sheffield Hallam university some of our tactics as well on Wednesday’s games. Mainly just getting fitness up because we know that Durham are a very strong side with a lot of decent players, so it’ll be very interesting to how we match up against them!

Is there a message you want to give students and friends to come and support?

It’s free at the Aquatics Centre, bring as many people as you want along, it’s always very good to have a nice home support. It just get us lifted as well, which is really good. If you’re about, come down!

The team will be playing on Monday 4th December, at the Manchester Aquatics Centre, and the match starts at 7:50pm.