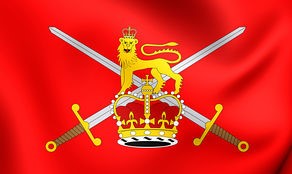 The 2019 recruitment campaign for the British army was universally panned by soldiers and critics who suggested its angle would be ineffective due to its focus on those perceived as; in the campaign’s own words, ‘snowflakes, selfie-addicts & binge gamers’ who are unlikely to ever want to serve in the military.

The campaign has already caused a number of resignations, including the soldiers featured on the ‘Snowflake’ campaign poster. The army has been unable to achieve its required number of new recruits each year since 2012. A survey performed in January 2018, saw the army was lacking up to 8,200 soldiers.

The current number of recruit applications for the armed forces (Army, Navy, RAF) has fallen below expectations and recent advertisement campaigns have fallen short in trying to reach their target audience.

The first episode of ‘Raw Recruits’ starts tomorrow at 10pm on Channel 5, following a group of 16 and 17 year old junior soldiers as they begin their training at the Army Foundation College, Harrogate. https://t.co/c26jkEq3AT #RawRecruits pic.twitter.com/sFmWNXUhdL

As a reservist, training is not mandatory. The reserves also suffer from the incorrect assumption that their job is unpaid since the reserves were originally advertised as only being voluntary. Since then, the slogan ‘paid to train’ has done little to reaffirm the truth reserve roles are paid occupations.

During my own experience as a member of the British army reserves, difficulties with recruitment have been a long-standing issue due to a lack of public awareness of what life in the army involves; as well as concerns on pay and fair treatment. The British army strives to uphold its values and standards within its ranks. Before I was even taught to use a weapon, I was taught the values and standards of the army and the laws of armed conflict. If a soldier cannot be trusted with moral judgment, they cannot be trusted in war.

Bullying is treated with great disdain and harassment on any soldier due to sexuality, gender or faith is dealt with severely.

Members of the British army are paid initially on the amount of time they have served. Once the promotion is offered, the pay will increase based on performance, rank and overall worth as an asset.

However, low pay has been a reason for soldiers to leave in the past or reduce their commitment to just part-time while they seek employment elsewhere. Soldiers with families often do this.

A commonly used phrase among soldiers: “It goes family, the job, your mates and then you.”

The army continues to be labeled with the assumption that new recruits will be beasted, shouted at and have to march up and down the square until their feet break off. Although no stats exist to disprove this, as a soldier I can confirm no such harsh treatment has been witnessed by myself or anyone I have served with previously or currently. Sergeants will discipline you for failure to follow instructions, other times they are more likely to make you break a rib with laughter.

Life as a soldier is a hard one, so the staff try and make it as enjoyable as possible without compromising the effectiveness of the unit. If they didn’t; quite simply, no one would turn up.

A recruit is required to pass certain requirements before they can be trusted to serve in the ranks. They must demonstrate their ability to follow lawful orders, conduct themselves professionally, pass a personal fitness assessment and display a strong sense of duty. For many years, the British army has prioritized predominantly on the working class for potential soldiers.

From Chris Ryan to Andy McNab and Phil Campion some of the most legendary men to have served in the British army, and all have a very similar backstory. After a tough childhood growing up with nothing, they leave home at 16 to join the army. Most Sergeants and senior NCOs currently serving will have the same story to tell in every regiment.

The working class has served, fought and won in every war Britain has entered in the 20th and 21st centuries. The moment recruitment campaigns attempted to focus on other groups, it has failed to recruit an adequate number for the next generation of soldiers. The British army always welcomes any members of society, however, whilst doing so they should not neglect those groups that have proven themselves to be the most likely to serve. The result is an underpaid, undertrained and under-strength military force.

According to every Sergeant Major in the army:

If it ain’t broke, take your weird looking hands off it before you do some damage

Despite the current strength of the British army, 5.7% of the roles offered are considered to be held by an insufficient number of skilled personnel. An estimated 94% of current trade positions are believed not to have reached their required number of personnel. As well as a falling number of recruit applications, the army is also experiencing an increase in resignations from the ranks. In 2017, 5.6% of regular soldiers voluntarily left the army.

US General Mark Milley, chief of staff, remarked about the British army’s lack of numbers:

Since 2017, the armed forces have been plagued by cutbacks. The Ministry of Defence has pledged to reduce the British army to 65,000. Although it is already below its required size, further reductions will jeopardize the effectiveness of the army as a fighting force. The aim of these reductions is to create £20 billion in savings over the next 10 years.

General Sir Nicholas Carter, chief of the general staff has stated the army is the smallest it has been in the last 400 years.

Since the memories of Iraq and Afghanistan, many have called into question the proper usage of the British army. Rumors of impending intervention in countries such as Iran and Syria have caused some serving soldiers to leave or become reservists amid fears of becoming involved in another chaotic war in the Middle East. Reservists are not compelled to serve in any conflict. Some groups have come out to denounce the conduct of the British army.

In 2009, returning members of the Royal Anglian Regiment were branded as ‘murderers’ during their homecoming parade by members of the British Salafi Islamism group.

In 2013, the BBC produced an episode of a Panorama investigation into the deaths of civilians allegedly carried out by members of the British army during the Troubles. Stories circulated around the now infamous Deepcut barracks where four recruits have taken their own lives between 1995 to 2002.

Further inquests into the Troubles caused controversy when it was revealed British soldiers who had previously been cleared of any wrongdoing were being investigated again up to 30 years after the fact.

Such stories inflicted significant damage to the reputation of the armed forces in the eyes of the public making recruitment increasingly difficult.

Our 2019 Recruitment Campaign is here!

The Army spots potential. Even if others don’t. #YourArmyNeedsYouhttps://t.co/mG1p8IxSjH

According to Forces Network and the MOD, outsourcing recruitment to Capita has resulted in only one in ten recruits being recruited for the army. The recruitment process can potentially take up to six months if done quickly. It may take up to a year if done poorly. This does not take into account the odds of your medical forms from your doctor being lost or mislaid which often happens.

During my own application process, my first two medical forms never reached their destination. Arranging dates for basic training and finding an appropriate unit for a new recruit can be difficult and time-consuming due to location and other commitments. It is common for recruits to lose interest before the completion of the process.

The Permanent Secretary of the MoD, Stephen Lovegrove told the Commons Defence Committee that Capita was ‘underperforming’ in its role as a recruitment company. Capita began its contract with the army in 2012. Every year since has seen the army fail to gain an adequate number of recruits.

The British army is gradually shrinking in size. This is due to poor advertisement campaigns, cuts from the government and blows to its public image. Despite its current issues, the British army is still one of the most dominant and formidable armies in the world.