‘Under 18s get a really bad reputation when discussing politics’: two students on how it feels to cast their vote for the first time during a pandemic

This year’s local elections have been a new experience for everyone with a range of new Coronavirus safety measures at polling booths, such as the removal of the familiar pencil on a string.

But for the nation’s youth voters, their chance to have a say in who becomes the mayor of Greater Manchester has finally arrived.

With the voting now over, I spoke to Lorena and Tom to find out how they felt, in their own words, to vote for the first time during a pandemic.

Tom Davies, a college student studying in Salford, said: ‘It felt good! I’ve been waiting for a long time to vote, it’s nice to think that in the eyes of the law at least my opinion matters, and my vote can actually make a difference in our community!’

Lorena McSorley, an A-Level student from near the Wigan area, said: ‘I was happy to finally have the privilege of having a say in how local government is run, I also felt a sense of responsibility of being part of the electorate.’

During the time of voting, several of the lockdown restrictions were starting to ease, but the government advice is to stay at home where possible as Step Two of the roadmap is still in place.

Many people opted to cast their vote through the post, but several methods were implemented to ensure polling stations were Covid-secure such as one-way systems and plexiglass screens.

Tom said: ‘The process was really simple and the social distancing regulations were great and I felt really comfortable doing so.

‘There was regular hand washing, social distancing and the staff helped massively!’

The people running the polling station at the Church of the Nazarene, Wendover Road in Manchester were first rate and well ventilated. Thank you.

Over the past year, there has been much debate over how the government have dealt with the lockdowns and coronavirus safety rules.

At the centre of this political controversy is Dominic Cummings’ trip across the country to Durham, which prompted outrage from the public as he ignored one of the lockdown rules that he helped to create.

There is no doubt that the actions of politicians during the pandemic may have converted people’s voting decision, or even convinced some not to vote at all.

When asked if these factors affected her vote, Lorena said: ‘My vote was based primarily on the party that reflects my ideological views.

‘It confirmed my disagreement with the management of the country from the Conservative party.’

Tom added: ‘The pandemic definitely solidified my voting decisions; I believe that the decision making of the government has been generally inadequate.

‘On several occasions they have been too lax towards [the] COVID restrictions, this has definitely had a knock-on effect towards the death toll, and it could have been preventable.’

Throughout the run-up to the election, many on social media expressed that they were not going to vote; or were going to spoil their ballot paper as their preferred candidate was not standing.

However, many young people were undeterred and excited to finally be able to express their own political opinion.

A friend noted today: “I’m not going to vote for any of those b_stards, I can’t even be bothered to go out the door to spoil the ballot.” You may say this is not socially responsible, but I know just how he feels. I didn’t vote. I think the whole thing is meaningless theatre now.

Lorena said: ‘I study politics [at] A-Level, and I am actively engaged in politics and see the importance of voter turnout amongst young people.

‘Some of my peers did not even know there was an election taking place until I told them.’

Tom said: ‘I voted because I’ve always wanted to have my opinion voiced–under 18’s get a really bad reputation when discussing politics, as the stigma of them being ‘uneducated’ is thrown on them, when there’s equal chance of somebody being middle-aged who could be classed as ‘uneducated’ politically in somebody else’s classification.

‘Yes, I do agree that education about political parties and the government should be mandatory in high school and college, but just because we don’t have it at this moment doesn’t mean we’re not well informed’ he added.

According to Statista, the voter turnout amongst young people has increased, with over 1.4 million people under the age of 25 registering to vote for the 2019 general elections. 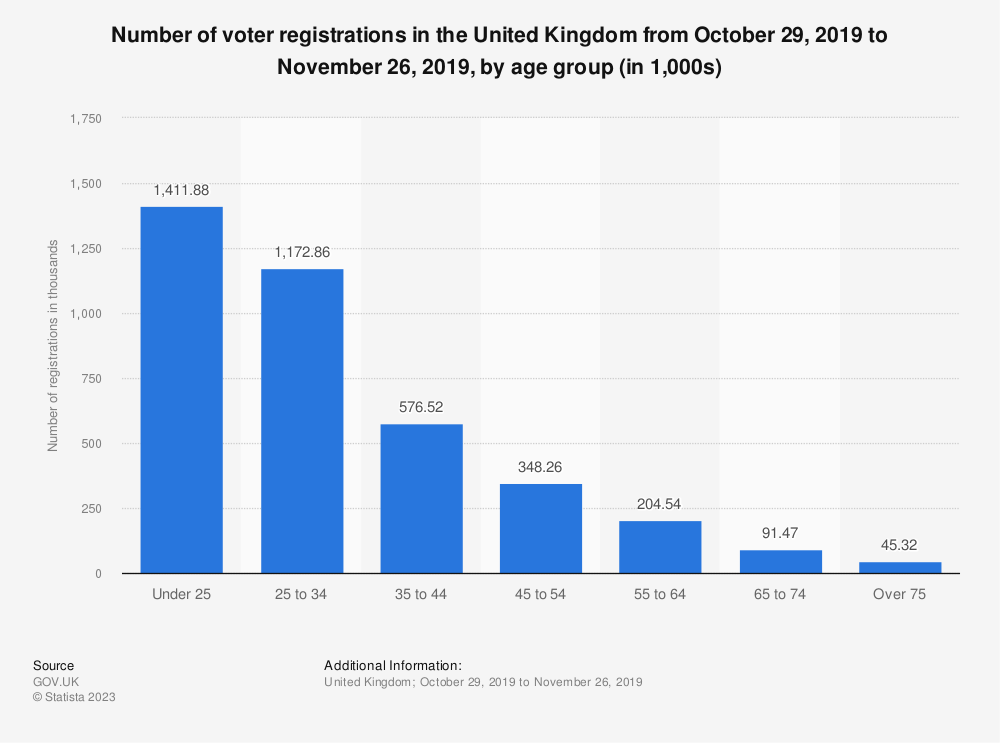 Both Tom and Lorena agree that it’s essential that more young people should vote when they are old enough.

Tom said: ‘Us as a younger generation need to voice because it’s our future. These voting results will affect us all, despite who you vote for.

‘If you have an opinion, voice it, one vote in retrospect doesn’t seem like a lot, but if 1000 people vote who would have thought initially that their vote wouldn’t matter, that could cause results in which they were rooting for!’

Lorena added: ‘It is so important for young people to be engaged in politics and get their voices heard as they are often ignored by politicians.’