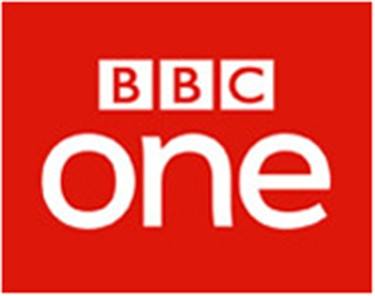 The BBC drama series, The Moorside, has had mixed reactions in the news with many people praising it for its portrayal of the disappearance with other people saying that this shouldn’t be turned into ‘entertainment.’

The drama recounts the events surrounding Shannon’s ‘disappearance,' only to be found a short distance from her home.

Shannon Matthews disappearance became the largest police search for a missing person since the Yorkshire Ripper investigation 30 years before.

It was revealed that Karen Matthews and her boyfriend’s uncle Michael Donovan had planned the whole thing, to claim the reward money. They were both charged and sentenced to eight years in prison.

The BBC series consisted of two, one hour long episodes showing the events of the disappearance unfold.

The series mainly deals with the aftermath of Shannon’s disappearance rather than dwelling on the backstory. This worked fantastic as it didn’t prolong the story with unnecessary details that aren’t needed.

This was an excellent and interesting programme to be aired on TV as it highlights what goes on in the world, it gave more of a true representation of what actually happened with Shannon Matthews disappearance.

Not only showing the story of the disappearance, it showed the community spirit of Moorside and how they all really pulled together in an effort to find Shannon Matthews. It really gave the feel of community spirit.

Against the criticism the show received for airing such a harrowing story to family members, it was an authentic and moving piece of drama, bringing to live what goes on in the world

It also focused on the roles of Julie and Natalie, Karen’s best friends. Julie stands by her friend and goes to extreme measures to help find Shannon. Whereas Natalie is a bit more suspicious of Karen.

Sheridan Smith plays Julie, Karen’s best friend, this role is a lot different to the roles she normally plays, being a bit scruffy looking and lower class. Sheridan Smith is a dynamic actress, who can play this role with ease.

Sheridan Smith is the main star, but her performance was aided by Siobhan Finneran who played DC Christine Freeman, Sian Brook who played Natalie, and Game of Thrones star Gemma Whelan who plays Karen Matthews.

The two-part series really was thought provoking and intense, this shocking story is a must see for everyone. However, this may have worked better as a one-off episode as lost momentum. It could have been cut to an hour-and-a-half full episode.

The show is captivating from start to finish. The actors became their characters and portrayed them so effortlessly, and tt really shows how much research must have gone in to create such a compelling drama.

You can catch up on the Moorside on BBC IPlayer.