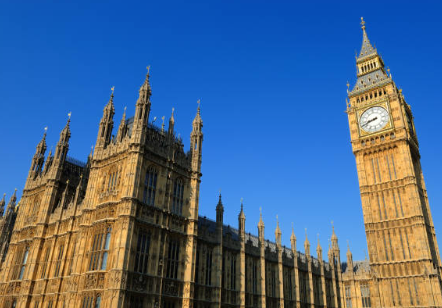 Truss hangs on as Government falls around her

It has been yet another day of chaos for the Government, with the Truss premiership looking more and more imperilled by the minute.

For the Prime Minister who is already under siege, the day started in a meeting with new Chancellor Jeremy Hunt to discuss yet another U-Turn on the pension triple lock, a scheme that was added to the ever-growing list of U-Turns at PMQs today.

At Prime Ministers Questions, you felt that Liz Truss had to come out fighting against those on the opposite benches (and some on her own benches) and she didn’t. As Jon Sopel put it, she survived it, but she didn’t thrive in it. She took cutting lines from Kier Starmer and Ian Blackford or Labour and SNP respectively.

At around lunchtime, Liz Truss and her team cancelled a trip out of London, but Downing Street didn’t give any particular reason. The rumour mill which hasn’t really stopped turning in recent days gathered pace once again.

In the early evening, another bombshell hit the Truss administration with the resignation of the Home Secretary Suella Braverman. The official line on her resignation is that she sent sensitive information from a private email account. She also took a swipe at the Prime Minister in her statement immediately after her departure, saying that “resigning is the right thing to do when you do something wrong”.

Just when you thought that would be enough for one day, there were several more bumps in the road for the PM as the night drew in. The vote on fracking that was due to take place in the commons this evening had been billed by party whips as a ‘confidence motion in the government’. The Tories won that vote by a majority of 96, but several high-profile MPs either abstained or voted against the government.

It was the action before the vote that has caught the attention of MPs and commentators tonight, with jostling, kettling and jeering being used against rebellious Tories to get them to vote with the government, and Labour MP for Rhondda Chris Bryant took this to the Deputy Speaker, urging her to launch an investigation for which he says he ‘has evidence’. Ian Murray MP described it as Tories in ‘open warfare’.

This resulted in a second resignation of the day, this time it was Wendy Morton, the deputy chief whip. It is alleged that it is the conduct of MPs before this vote that led her into this decision. It is also rumoured that the chief whip has resigned but this has not yet been confirmed.

The Government is now less living hour by hour, rather minute by minute.