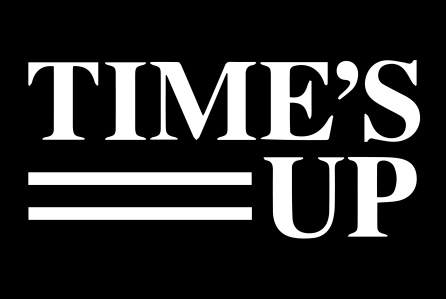 Time’s Up for Hollywood and it’s secrets

2018 has been a rollercoaster of a year so far, even in the short time we’ve been together. But the biggest and best thing it’s given birth to so far is the meaningful Time’s Up movement, fighting sexual harassment in the workplace.

Founded on January 1st by a group of Hollywood celebrities, the movement came as a response to the #MeToo campaign – a movement started way before it began to gain traction thanks to Time’s Up which helped to give people a voice to speak out against sexual violence and harassment – and the disease that was the Harvey Weinstein sexual harassment stories.

In recent weeks, as awards season is in full swing, stars have been wearing black, holding white roses, donning pins in support of the movement.

It all started with a powerful letter sent to The Times last year from the Alianza Nacional de Campesinas, the National Farmworkers Women’s Alliance in the US. The letter noted their experiences of sexual harassment and was apparently written on behalf of over 700,000 female farmworkers.

It was later published in The New York Times (1st January 2018) and The Times website. It was also published with an open letter, calling for action, outlining the Time’s Up challenge, asking women in Hollywood to stand together in solidarity with women who are less fortunate than them.

Quite simply, the movement is declaring that time is up for sexual harassment all around the world in every type of workplace.

The aim was to raise money for those who need it to escape their horrific experiences of sexual harassment. One of it’s missions at the start of this year was to get stars to wear black on the red carpets of award ceremonies like the 75th Annual Golden Globes and the Baftas, and then echoing that by wearing white on the red carpet of the Brits and the Grammys.

It was supported by not only Hollywood’s mightiest female presences, but also by their male counterparts.

The Times open letter was signed by 400 women in the entertainment industry upon its publishing, and it was these 400 women that took to the awards ceremonies to show that womankind would no longer stand for the injustices brought to them by the men who take what they want without care or respect, men like Harvey Weinstein.

Hollywood heavyweights like Meryl Streep, Jennifer Anniston and Nicole Kidman to name just a few all wore black and spoke out against sexual harassment without needing to say anything.

Since it’s start, the Times Up movement has raised around £14.5 million for the cause, and this will only continue to grow.

However, sadly, even though both men and women stepped out at award ceremonies in support, it was mainly ladies who put their hand in their pockets and donated to the cause, with the majority of donations coming from high-profile women in Hollywood.

According to the Time’s up website, 1 in 3 women ages 18 to 34 have been sexually harassed in the workplace. And the sad thing is, that men are unaware of how this could happen. 50% of them believe that women are well represented in leadership in companies.

The truth is, only one in ten senior leaders in companies are women.

Putting two and two together, men must assume that there is no issue because there are women in places of power. Perhaps some do recognise women are taken advantage of in the working world, but don’t see it as quite the epidemic that it is. Women are in places of power, they can’t be prey to the high flying men in the company. How wrong you all are.

Not just to single out men, however. Sure there are women who have never experienced sexual harassment or violence at work, or seen it, or had a friend who has suffered through it.

The ignorance is all around, and unfortunately, that’s the reason it keeps happening. Because while people do not speak out, it makes the issue taboo to discuss but almost accepted as a going on behind closed doors.

In Hollywood, sexual harassment is worse than you could ever imagine.

October 11th last year, Ben Affleck – adored by many, the hero Batman to thousands of young boys and girls – apologised publicly for inappropriate behaviour towards MTV presenter Hilarie Burton in 2003. This only came after he had condemned Harvey Weinstein’s behaviour, and was reminded of the 2003 incident in which he groped Burton live on air.

Ed Westwick. Gossip Girl heartthrob. Many young girls’ dream boyfriend despite his bad body ways on screen in the teen drama. He issued a denial statement on November 7th last year, after being accused of raping an actress. He then issued yet another denial after yet another actress claimed she was raped at the 30-year-old’s home. In response, the BBC paused filming of the second series of White Gold, and Ordeals by Innocence – both of which the actor stars in – was not aired and would not be until matters were resolved regarding the allegations.

Nothing has been confirmed regarding the rape accusations, however it has since been announce that the BBC will recast Westwick’s character in Ordeal by Innocence.

It doesn’t stop there, of course, but there just isn’t enough time in the day to list all of the accused, guilty or not.

After Harvey Weinstein was revealed to the world for what he really is, Hollywood took a hammering as more emboldened victims spoke out. It seems that no idol is safe, no one can truly love a celebrity and their work without worrying about whether or not some poor young woman has been violated and kept from speaking about it.

In a day and age where equality is seemingly growing for all, the Time’s Up movement shouldn’t be needed when you think about it. Maybe that means we’re not as progressive as we think we are, maybe we just need a good, old revolution to kick start change.

But while we do need it, Time’s Up has one fabulously empowered set of Hollywood women behind it. And behind those Hollywood women, is all of us in offices and factories and in farmlands, spurring them on to use their platform for more than just a better view.