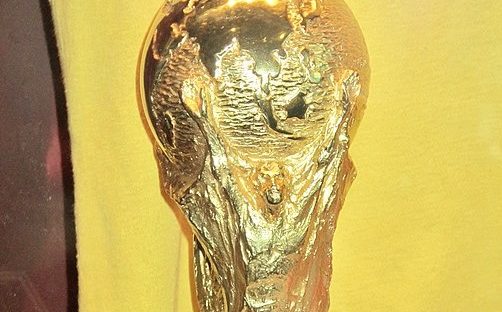 The World Cup is one to always have iconic moments, and recent years are no different.

But which memories live with MMU Sports Journalism students the most? Patrick Watson is your guide:

One from the 2018 FIFA World Cup that lives fondly in the memories of English fans is when Kieran Trippier scored an unbelievable free kick to put England in front early on in the semi-final. In the eyes of most fans, ‘life peaked’ at that moment. England went on to lose after extra time to Croatia, who got into their first ever final.

In the same tournament, another popular moment was when England’s penalty pain at the World Cup ended after winning on penalties against Colombia in a ‘nail-biting’ shootout.

England had shown a lot of improvement from recent tournaments in the 2018 World Cup, with hope being injected into English fans after earning their biggest ever World Cup victory by beating Panama 6-1 after a rampant first-half display, being 5-0 up at the break. In the words of a fan: “It was this match that gave us hope.”

A popular moment that does not relate to England was Andres Iniesta’s World Cup-winning goal against the Netherlands in 2010, which is described as ‘one of the most iconic goals in 21st Century football.’

Out of 14 MMU Sports Journalism students, three said that their favourite moment was the Trippier free kick.

Ahead of this year’s tournament, the big question remains: Who will win the 2022 World Cup?

Our Sports Journalism tipsters have their say: