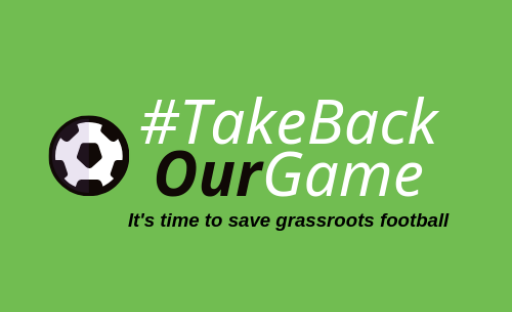 The #TakeBackOurGame campaign launches to save grassroots football

The #TakeBackOurGame campaign has one goal, to make the government impose a 5% levy on the Premier Leagues revenue from television rights, for investment into grassroots football.

A staggering £1.4billion was spent by Premier League clubs in the 2019 summer transfer window, which meant spending on transfers smashed the £1billion threshold for the fourth year running. While England’s biggest clubs are spending inconceivable amounts, cuts by the government and local councils are suffocating grassroots football.

Outdoor and indoor facilities alike are in decline, as the bottom of the football pyramid is now, in some parts, in disrepair.

The Football Foundation, the UK’s largest sports charity, which is responsible for distributing money from the Football Association, the Premier League and the government into grassroots sport recently described the state of facilities across the country as “in a shameful state”.

Despite this investment, grassroots football finds itself struggling and underfunded and it’s frightening to contemplate what the game would look like without the foundation’s work.

This website illustrates why our goal should come to fruition, through relying on industry experts, while also looking closely at Newbiggen Hall FC, a grassroots club in Newcastle Upon Tyne.

To help our cause, you can sign the petition at: http://chng.it/YXdZ5Sd6

It’s time to save grassroots football.