Rishi Sunak has faced the first resignation from his government, which is only weeks old. Sir Gavin Williamson has been forced out of the Cabinet where he was a Minister without Portfolio, and he resigned due to the leaking of messages to former chief whip Wendy Morton, in which he uses foul language and threatening tones.

There are also allegations dating back several years, where Williamson is quoted as suggesting that a staffer ‘jump out of the window’ and that they ‘slit their throat’.

This was the main angle of attack for Labour leader Sir Keir Starmer today, as he faced Sunak in the Commons. Starmer pulled no punches in his summation of the disgraced minister, suggesting that “he spent years courting the idea that he could intimidate others” and that he was a “pathetic bully”.

Sunak expressed his regret at appointing Williamson to his first Cabinet. But when situations like this arise, people want them dealt with properly. It’s right that Williamson has resigned and that there is an investigation, he said.

“He spent years courting the idea that he could intimidate others.”

Starmer then accused Williamson of being “a sad middle manager getting off on intimidating those beneath him” – adding that Sunak was so weak that he wouldn’t take on the bullies inside his own ranks.

The Rishi Sunak that we saw today was much more subdued that he appeared last week, and this was reflected in his response to one of Starmer’s later questions, in which he seemed to reach for the same panic button that Johnson and Truss did when cornered by the leader of the opposition. This panic button as he has become, is MP for Islington North – Jeremy Corbyn.

The next, and final flashpoint came from Labour MP Dawn Butler. She asked the PM if he could clarify “when the scheduled programme of integrity, professionalism and accountability will begin?” – Sunak responded in defence of the Williamson sacking, suggesting that the reason he was shown the door was to foster that sort of an atmosphere in Government.

Today felt like the end of the Rishi Sunak honeymoon period, as the Tory benches were notably quieter than previous weeks, and the Labour benches were knives out for the new PM. 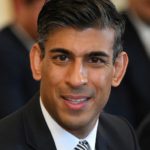 Rishi Sunak to be next PM as Mordaunt withdraws 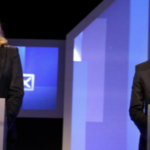