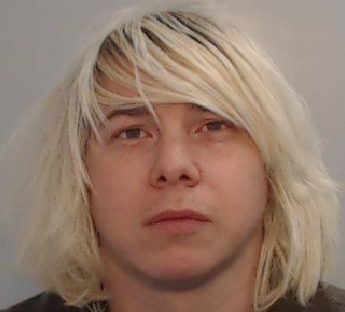 James Bird, 31, pleaded guilty to 42 counts of child sexual exploitation charges including causing or inciting a child under 13 to engage in sexual activity and causing a child to watch a sexual act at an earlier hearing.

Bird was arrested in February 2016 for breaching the terms of a sexual harm prevention order imposed in August 2014, having pleaded guilty to 19 offences of making and distributing indecent photographs or pseudo-photographs of a child. He was sentenced to a three-year community order, five-year sexual offence prevention order and five-year sexual offence notification requirement.

GMP officers seized Bird’s mobile phones discovering he had been masquerading as a young female schoolchild, using this identity to contact children aged between 11 and 14 online.

After he made initial contact and gained the trust of the victims, Bird encouraged them to engage in sexual activity and expose themselves to him via webcam. He exchanged indecent images with the victims of the girl he was pretending to be.

Bird also tried to blackmail some of the children in order to make them obey his requests. When the victims refused, Bird threatened to kill or hurt the people that they cared about.

On Friday 2 December 2016 he was sentenced at Preston Crown Court to nine years in jail and will spend six years on license thereafter. He is also subject to a sexual harm prevention order and will remain on the sexual offender register indefinitely.

Detective sergeant Andy Kindness of GMP’s Stockport Borough, said: "Everyone should be able to stay safe while using social media and without coming into contact with monsters like Bird.

Bird has taken away the childhoods of these victims for his own selfish gratification.

“I’d like to thank the victims for their bravery and their parents for their support during the investigation, who without, we would not have been able to convict Bird of his atrocious crimes.”

• 14 counts of breach of a sexual offences prevention order

• 4 counts of causing a child to watch a sexual act

• 4 counts of distributing indecent images of a child