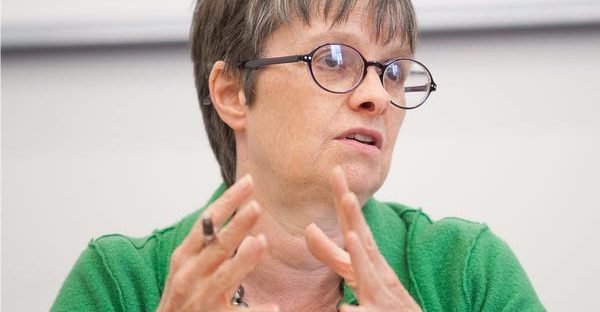 Stockport Green Party is backing calls for a Universal Basic Income (UBI) to be brought in by the government as part of the response to covid-19.

Molly Scott Cato, who is a Green member of the European Parliament and a prolific author on the subject of ‘green economics’, spoke to party members about the benefits of UBI.

The Green Party proposal for universal basic income is currently £89 a week of untaxed income, which people can then supplement with taxable earnings from employment.

Pensioners and those with disabilities would receive more.

UBI has become a hot button topic due to the economic ramifications of covid-19, not least of which are a financial crisis and rising unemployment.

Addressing the attendees via Zoom, Scott Cato highlighted the role of UBI in reconfiguring people’s relationship to the labour market at a time when she said “employment identities are being eroded”.

She said: “Employment is becoming a lot more insecure anyway and what we’re saying with this policy is we want to give people a basic underpinning, because we don’t want them to be left to the vagaries of zero hours contracts.”

Scott Cato also added  that under UBI “you wouldn’t feel forced into employment because the alternative was destitution”.

UBI has seen some success with pilot schemes in countries like Finland.

Malcolm Brown, Green candidate for Cheadle Hulme south, said: “It is a time to be bold and begin to introduce UBI across the country.

“A Green Party mantra over recent months is ‘build back better.’ Greens believe that out of this terrible time there is the opportunity to do things differently.”

Gary Lawson, chair of Stockport Green party, said Stockport would be a good candidate for a UBI pilot scheme because it it would bring a “mixed but stable community”.

Mr Lawson said Stockport needed a citizens assembly to discuss issues like UBI with the public, rather than relying on a council without a majority.

Both Scott Cato and Lawson cited the Labour party as the biggest opposition to UBI, as their role in the current political system and their relationship with the trade unions has its roots in “selling labour” and forms the workers’ side of the current labour market.