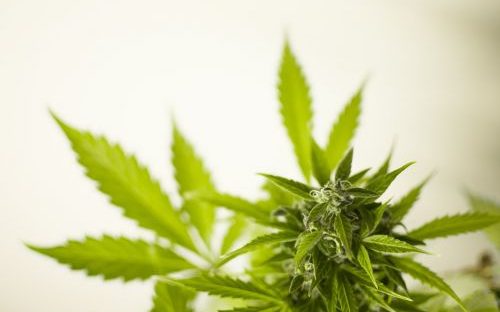 Should the UK legalise cannabis as our Commonwealth partner Canada has done?

CBD health: cannabidiol, usually abbreviate to CBD, is a compound found in both male and female cannabis plants. It is legal according to the UK government’s website because it does not include any psychoactive compounds under the Misuse of Drugs Act 1971.

CBD has benefits for health conditions such as epilepsy, anxiety and MS and evidence on its effects have been documented by the NHS.

THC health: Experts have long debated whether THC, the compound that creates the ‘high’-like feeling can cause dependency and health conditions.

NHS research on THC says: “Only 10% of regular cannabis users become dependent on it. Your risk of getting addicted is higher if you start using it in your teens or use it every day.”

The NHS claims that regular cannabis use increases your risk of developing a psychotic illness, such as schizophrenia. The risks are higher if you start using cannabis at a young age.

Rossy, 21, a musician from Manchester who has experienced cannabis psychosis knows this experience all too well. When asked about the regulation of cannabis, he said:

“Regulation of cannabis is key. The strength and strains are necessary for most cases of beneficial medicinal aid. I have experienced all types of strengths and strains. I support the legalisation of cannabis as I have known it myself to help my anxiety and depression at a stage in my life,” he said.

“I was medically diagnosed with cannabis psychosis just over two years ago. I didn’t believe that it existed at first, I thought that they just didn’t want me to smoke for my health.

“Two months on from my diagnosis I had a horrible psychotic experience from smoking one joint and haven’t been able to use cannabis since. Doctors have recommended for the safety of my mental health I shouldn’t proceed to smoke cannabis again.

“This doesn’t, however, mean it didn’t help me for years. The psychosis is very rare and was due to me abusing the substance, plus many other drugs at the time.”

When asked how he felt about legalisation, Rossy said: “I believe if cannabis had been legalised in the time I began to smoke I may have been able to gather more control of what I was doing and not end up with not being able to use any type of cannabanoid again.

“This is why I support the legalisation so this doesn’t happen to anyone else or happens to less people. I have seen both the good and bad sides of cannabis, yet I still am a firm believer that those who use with caution will mostly benefit from the use.”

According to reports, Canada’s cannabis sales since 2018 are near to $1bn. A report from the Institute of Economic Affairs in the UK finds that the current black market in cannabis is worth £2.6bn per annum, with 255 tonnes sold in 2016/17. Based on the latest figures, the IEA’s report is the most comprehensive and up-to-date assessment of the size of the UK’s cannabis market and its potential value after legalisation. It concludes that if cannabis were legalised, tax revenues could exceed £1bn per year.

Is regulation the way forward? The police and crime commissioner for North Wales, Afron Jones, explains: “Cannabis should be regulated just like alcohol and tobacco – which actually causes more harm to individuals and to society in general. We should introduce a licencing system so that cannabis can be sold through pharmacies and in shops as happens in Canada, Uruguay and certain states in America.”

But MP David Lammy Labour MP says cannabis creates social injustice: “Of the 200,000 people subject to stop and search by the Metropolitan police for drugs last year, 93% were from lower socio-economic groups.

“Black people are nine times more likely to be stopped and searched for drugs. In the capital, the chances of a BAME person being arrested for the possession of cannabis is 3.4 times that of a white person. The law says everyone who smokes cannabis is a criminal, but politicians say it is one rule for us and another for them.”

Charlie, an art student at MMU, said: “I think that it has a lot of benefits. If the government funds testing and informs people how to use it properly it can be good.

“Some people are not in the right state of mind; they have pre-existing mental health conditions, and it doesn’t blend well.

“A lot of people with mental health conditions drink alcohol and there’s no system set up or regulation on alcohol to teach people how to enjoy it safely. I think better education around it would be good also.”

Jess an illustration student at MMU, regularly smokes cannabis wand thinks it should be legalised for medical benefits.

“With a limit, if you think about places like Amsterdam, they’ve legalised most “soft” drugs and there seems to be less intensity on it. People don’t overdose on many drugs, not just weed because of the accessibility,” she said.

Recruitment agent Eleanor holds strong views on the legalisation of cannabis: “I’m of the opinion that it should be legalised because, well, it’s a plant!

“Used properly it doesn’t have to be dangerous to anybody. I’m personally have the same opinion of a lot of recreational drugs. But also marijuana has such clear medical benefits, that I think it would be silly not to continue making it criminalised.”