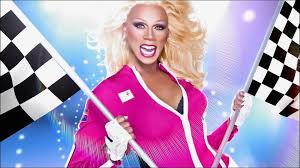 RuPaul’s Drag Race is giving UK drag queens a chance for the crown in all new British installment.

After years of speculation and rumours, RuPaul’s Drag Race is finally creating its UK version of the popular US reality competition show.

Are you the UK’s next drag superstar? Apply to be on the show at https://t.co/ZnLhjfQHbX – Applications close 11th Jan 2019. pic.twitter.com/ngK7l2zIca

It was announced on the World of Wonder (production company for RuPaul’s Drag Race) Instagram page today (Dec 5th) that the reality show that has catapulted many US drag queens to international fame is finally making its way across the pond to see if the UK drag queens have what it takes to be the UK’s Next Drag Superstar. Although no official release date has been confirmed, it is said that the show will air sometime in 2019 on BBC Three.

The show is about to release audition details but drag fans have already spoken up about which UK queens they would like to take the main stage, one of which being Manchester’s own Cheddar Gorgeous, a queen renowned for doing unique and interesting drag looks.

The shows producer and host, RuPaul Charles, gained stardom back in 1989 when she appeared in the B-52’s music video for ‘Love Shack’. From that, Charles created a music and television empire that allowed him to create his own platform for other drag queens to find international fame.

More than 100 queens have appeared on the show and the majority of which have reached levels of international fame that no one could have imagined just 10 years ago. The queens have gone on to release albums, star in movies and TV shows, model for high fashion brands and tour the world both with and without the RuPaul production company.

The show has also given platform for LGBTQ+ issues to be addressed, with many queens appearing on the show speaking out on issues such as transgenderism, AIDS, homosexuality and religion among many other issues that would not have often been talked about on such a large platform.

It will be interesting to see how the UK version plays out, and if we will be seeing some of our favourite UK queens hit the main stage for their chance at becoming the UK’s Next Drag Superstar.