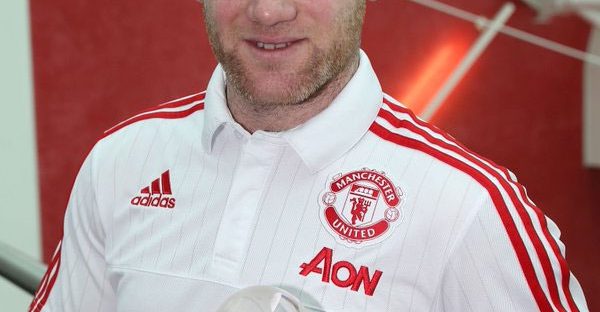 Rooney is Manchester United’s player of the month

Wayne Rooney has been voted Manchester United’s Player of the Month for January.

The striker received 54 per cent of online votes from fans after he scored six goals in six matches during January.

Rooney began the month by netting the winner against Swansea City, meeting Martial’s cross to execute an impressive back-heeled finish with his weaker left foot into the bottom corner.

He then scored a late winner from the penalty spot against Sheffield United in the FA Cup third-round, followed by notching a brace in the entertaining 3-3 draw at Newcastle United.

Memorably, the club’s second highest goalscorer of all-time bagged a dramatic winner in the 1-0 triumph over Liverpool at Anfield, before closing his successful month with a superb opener against Derby County in the FA Cup at the iPro Stadium, helping the reds to a comfortable 3-1 success.

Rooney was presented with his trophy at the Aon Training Complex.

His team mate Anthony Martial was backed by 36 per cent and Cameron Borthwick Jackson received 10 per cent of votes from the fans.