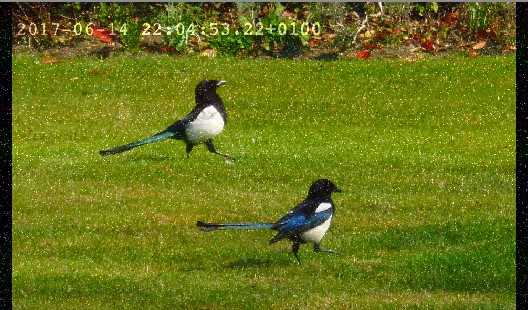 One for sorrow, two for joy, three for a girl, four for a boy, five for silver, six for gold…

With the origins of superstitions connected with magpies, this nursery rhyme has been said as far back as the early 16th century.

Remembering to salute them every time he sees one, Sam claims he thinks he can see the future that is planned for him.

With a live music and video artistry, [insert slogan here] is a dense, dark excavation of adverts, objects, memory and identity.

Creating a car on stage from bits and pieces of cardboard and crafting materials, Sam welcomes the audience to join in when creating their personalised Volvo XC60 with Sensus Navigation pre-installed.

Through music and some interesting clips of skeletons, seaside holidays and the building of a Volvo car, the confusing atmosphere is created.

A simple concept performed and creating a thought provoking atmosphere in the theatre.

YESYESNONO makes work concerned with discovering what democratic artistic endeavours can look like. You can also catch their hit show 5 Encounters on a Site Called Craigslist as part of PUSH 2018.

Want to know more about YESYESNONO?