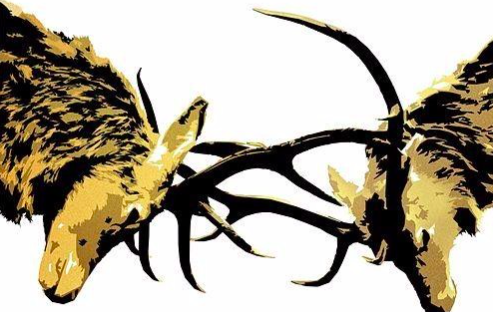 Amy Winehouse was still alive, Glastonbury saw one of its biggest mud baths to date while Arctic Monkeys headlined, and The Pigeon Detectives released their platinum-selling debut album Wait For Me.

Some regarded that album as ‘landfill indie’ and others regarded it as thirty-three minutes of guitar-thrashing bliss. I definitely fit into the latter group.

After already seeing The Enemy and The Cribs dust off their leather jackets and decade-old discography this year, I knew I was in for yet another nostalgic treat seeing The Pigeon Detectives play their debut in full tonight.

They burst onto the stage and tear through Romantic Type, before lead singer Matt tells us all to join them at Big Hands bar afterwards.

How refreshing to see a group of successful Yorkshire lads sticking to their humble roots? It’s hard to imagine Alex Turner switching back from his slicked back quiff and fake American accent to his shoulder-length, Humbug-era frizz and a casual, “ey up, duck, fancy bobbin’ into the pub for a gill?” *drops mic*

The Pigeons’ very first single release I Found Out followed – and it’s a song which holds a very simple structure but earns a very big response.

They’re not ones for complex chord sequences, experimental instruments or soulful lyrics. Wait For Me, in its entirety, is about getting completely hammered and eyeing up the opposite sex. The songs are just a conveyor belt on which to lay down as many guitar riffs as possible. They bash and brawl into each other so much, you probably couldn’t tell where one ends and another starts after a few sickeningly-overpriced pints of Coors.

But as the saying goes: if it isn’t broke, don’t fix it.

This slapdash, frenzied, indie-rock adrenaline was central to the 2007 music scene and, judging by the sea of lads and dads here, it still has a stronghold today.

A multitude of B-sides and rarities are thrown in to keep us on our toes – with the likes of Left Alone and Done In Secret going down as well as any other original track from Wait For Me.

Matt doesn’t stop for a second, constantly darting across the stage and perching himself on the speakers with arms outstretched – much like the image of the crucifixion.

Shoulder-length tendrils dripping with sweat, leather jacket stripped off, you could almost see Peter Robinson’s crown of thorns sitting on Matt’s head. He douses the crowd with (obviously holy) water and does not falter for the entirety of the exhausting set.

I daresay he’s like an indie Jesus. It didn’t get much better for The Pigeons after Wait For Me. Perhaps they had to die for our apparent sins of turning indie into mainstream monotony way back in 2007.

But tonight, The Pigeons resurrected.

All I can say is: let us pray for a twenty-year anniversary.