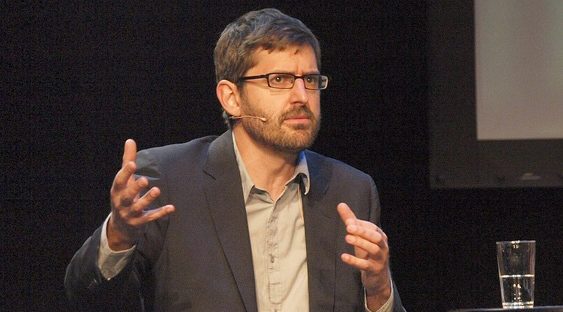 Review: Louis Theroux – Savile: Behind the façade of a predator

While we have all heard about the horrific abuse Savile managed to get away with for decades, it is somehow more real and involving, when we hear the first-hand accounts of those affected. The documentary follows various reports including that published by Dame Janet Smith in February of this year, totalling the number of victims to 326. The insightful programme drew comparisons to the 2000 documentary When Louis met Jimmy, in which Theroux and Savile displayed a warm and friendly relationship. Louis Theroux – Savile was considerably more thoughtful than its predecessor, and had a more adult, introspective tone.

Theroux explores his own sense of guilt at not spotting the signs of who Savile really was, and builds up a picture of the behind-the-scenes Savile, whom only his victims saw. As always, Theroux's style is respectful and engaging, showing a knack of drawing out information from his interviewees in a relaxed though deeply exploratory manner. As the programme presents the stories of just a handful of Savile's many hundreds of victims, the viewer begins to wonder how Savile managed to remain undetected throughout his entire life.

Back in 2000, Theroux appears naïve and easily impressed by Savile, seeming to put him on a pedestal in the same way that he was portrayed on radio and television. Was this how the then highly-respected star managed to get away with his crimes for so long? The perception of him while he was still alive seems to be one of a lovable eccentric who pushed boundaries, but in a cheeky, rather than predatory way. There are scenes showing him behaving inappropriately towards women, such as when he turns up at Theroux's workplace in just a string vest and shorts, telling the female staff members that he'd like to 'strip these girls of their secrets.'

Theroux admits that he thought it was all part of his 'comic persona.' On this particular occasion and probably many more, it seemed that no one present sees it as anything unacceptable, and Savile's stark clues to his hidden self are ignored. In one of the most shocking clips taken from the earlier documentary, Savile gropes a teenage girl less than a metre away from Theroux, who is obliviously talking to someone else.

In hindsight, it seems that all the signs were there, and Savile continually seemed to be testing how easily he could get away with his behaviour. In a scene with Theroux he talks of a newspaper attempting to expose him for 'derogatory behaviour' towards patients at a hospital. "That seems a bit rich to accuse you of being derogatory to patients considering how much money you've raised," Theroux says. His reaction reflected the popular national opinion that remained unchanged throughout Savile's life. The charity work he conducted contributed greatly to the favourable image of him, and placed him on an unreachable pedestal. Many of the victims interviewed in the programme express a fear of reporting what Savile had done to them due to his fame and influence.

The viewer's sickening feeling only intensifies as the extent of Savile's abuse is unveiled through personal detail, and the realisation that his charity work, under the guise of doing a good deed, was just an excuse for him to keep returning to hospitals to get close to children and vulnerable adults. One of his victims, Cherie, describes a chilling incident in which Savile climbed through the window of her room at Stoke Mandeville hospital, and went on to abuse her whilst repeatedly saying "you've been a naughty girl, haven't you?" Cherie was recovering from hand burns and Savile had known prior to the attack that she had had her own room, showing how Savile exploited his fame and position to carry out the assaults.

Shortly after Theroux's original documentary aired, two women contacted him claiming to have been girlfriends of Jimmy Savile. Theroux met with them and they spoke fondly of the time in which they knew him. After Savile's death, the two came forward as victims, and Theroux expresses a feeling that he could have done more to uncover the abuse. His regretful feelings reflect those of many who knew or worked with him and have struggled to come to terms with the idea that their friend/colleague was capable of such crimes. Theroux also interviews Savile's former PA Janet, who still protests his innocence, declaring: "He's not recognised anymore as being the good, good person that he was."

Her interview is a saddening example of how Savile's manipulation still lives on, as even though he fired her with no explanation after thirty years of working with him, she still stands by him with unshakable loyalty. Similarly, Sylvia, who worked alongside Savile during his charity work, finds it difficult to accept his guilt. In her interview she focuses mainly on Savile's charity accomplishments, and is defiant in her wish not to speak ill of him.

In current times where celebrities are no longer revered to such an extent and anyone can become famous, reality TV stars being a prime example, it is hard to understand how Savile continued to be seen in such a relentlessly positive light for so long. The documentary exposed how much times have changed and how easy it was for a person held in high esteem to get away with wrongdoing. In one of his most revealing projects to date, Theroux shone the spotlight on the secrecy Savile maintained, whilst sensitively handling the trauma his victims have lived with for decades.