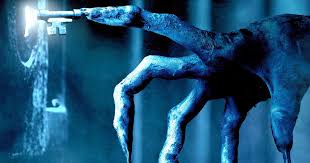 Despite their continually shaky critical reception from elsewhere, I’ve always thought quite highly of the Insidious films. For someone bad at gore (21-years old and I’ve just about got my serial fainting at the sight of blood under control) and with a bad attention span when it comes to movies, I need something that’s more of a thriller, rather than gore for gores sake

The Insidious franchise has always done this pretty well for me; offered solid storylines, kept my attention and been sufficiently scary without making me go sheet-white and making an excuse to leave.

So, when Insidious: The Last Key hit screens at the start of the year I chose it over the likes of The Darkest Hour, The Post and The Greatest Showman for my first cinema visit of 2018. A mistake, for various reasons.

There’s nothing worse than getting your hopes up to end up bitterly disappointed. It’s why, usually, even if I’m sure I’ll love something I try to remain relatively cynical. Three films down the line, however, I was adamant The Last Key wouldn’t disappoint. And with the same team behind it, as well as Lin Shaye returning to her role as Elise Rainer, what could go wrong? The short answer: lots.

Despite starting off optimistic with a flashback to 1953 and Elise’s childhood, offering explanation for the background of her ability to see ghosts, what later unfurls is far from salvageable by a 20-minute introduction.

What’s perhaps worst about the film is Tucker and Specs (Angus Sampson and Leigh Whannell), – the internet-famed supposed demonologists who cause Elise’s return to work in Chapter 3. Until now the pair have been bearable. Stupid, yes; useless, perhaps; but bearable. Yet come The Last Key, and Tucker and Specs have become caricatures of themselves: bumbling, obnoxious and, at times, lecherous. It’s hard to watch. A failed attempt at humour that’s completely unnecessary for a horror film.

Which leads into point two: it’s just not scary. Now while I don’t want gore, and I certainly don’t want never-ending jump-scares, a few don’t hurt and during a horror film I expect them. Yet it would seem that in their dedication to creating stories, which is usually a plus, the Insidious writers forgot that part. Despite the woman next to me whimpering at any indication of a scary scene (which definitely didn’t help the experience) they never happened. And when they did, they faltered.

There were elements of not utter crap. Some new, unexpected characters, clever twists and turns, Lin Shaye (of course), and it nicely sets up the events of the first film, but overall it falls flat. Summed up by the entire cinema essentially speaking over the film, I expect out of similar pure boredom, what should have been a climactic finale for the series ended up fizzling out. While I would suggest they try again, a surprise fifth offering to make up for this poor effort, The Last Key makes me think they’re no longer capable.