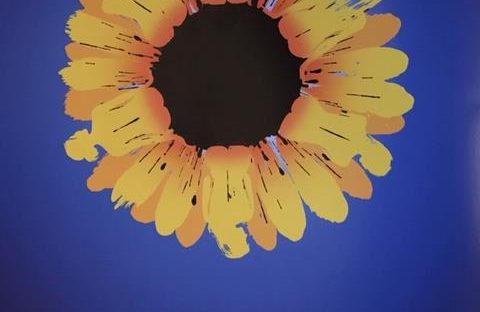 Review: Calendar Girls the Musical exposes the reality of grief

The award-winning production Calendar Girls the Musical takes to the stage at The Lowry as part of a nine-month UK tour.

Co-written by Gary Barlow and Tim Firth, the musical is the third incarnation of the story, inspired by the infamous fundraising efforts of Rylstone WI after the husband of one of their members tragically died from non-Hodgkin lymphoma. This year marks the 20th anniversary of the original calendar which has raised almost £5million to date.

You’d be forgiven for thinking that, after a film and stage play, the story of the Calendar Girls and their naked exploits had run its course.

However, the addition of music to this poignant story of friendship and grief has given new life to a familiar tale. The music gives the characters time to reflect, providing an insight into their motivations, histories and insecurities.

Barlow and Firth’s marriage of music and narrative allows the production to shine a light on the unspoken struggles of the characters, maintaining a consistency of tone and intention that is so often lost by writing teams.

The simplicity of the set design, using the Yorkshire landscape as a constant backdrop to the unfolding drama, echoes the lyrics of the opening number – a tribute to the comfort found in the familiar and predictable.

‘The Girls’ are each given their moment to shine in solos that showcase their strengths. The dry humour of Karen Dunbar as Cora and Denise Welch’s irreverent Celia are notable highlights.

Ruth Madoc sparkles in What Age Expects which was received with rapturous applause, while Sara Crowe’s solo exposing her reliance on alcohol in the face of loneliness was a strikingly intimate and tragic portrayal of isolation and longing.

Phil Corbett’s performance as John, the inspiration for the calendar, was captivating and warm, ensuring the emptiness of grief and loss felt by the characters in later scenes needed no further explanation.

There was silence in the theatre as Anna-Jayne Casey delivered her song Kilimanjaro, a heart-breaking glimpse into the realities of living after loss, while Sunflower allowed Rebecca Storm to finally let loose, proving herself more than capable of commanding the stage alone, filling the auditorium with raw and rich sound.

The real beauty of this show lies in the upending of expectations and priorities: rather than a tongue-in-cheek climax, the nude photoshoot scene is brief and feels like the means rather than the end. Instead of focussing on the moment of disrobing, the production makes way for an exploration of the struggles of women in balancing their roles and the issues they must overcome in order to realise their goal.

Songs like I’ve Had A Little Work Done are a surprisingly sharp commentary on the societal norms and expectations that govern women’s lives. The emphasis on feminism is clear throughout, with the line: ”Why isn’t she allowed?” echoing through the show.

Shot through with humour reminiscent of Alan Bennett and Victoria Wood – supplied with particular flair by younger cast members Danny Howker and Tyler Dobbs – the comedy moments are a welcome relief from the darker scenes, not least those delivered by Fern Britton who relishes every second in her role as flamboyant yet surprisingly spiteful Marie.

The production and its cast gently commands the audiences attention, carrying them along for every emotional twist and turn. Though it is chock full of tweed-clad Yorkshire stereotypes, Calendar Girls the Musical manages to stand apart from its previous incarnations and deliver a story with much more depth and impact.

The tour continues to raise money for Bloodwise, a blood cancer charity for which the original calendar has raised almost £5million.

Calendar Girls the Musical is touring the UK until August 2019.