A 9ft bronze statue of Gandhi planned for the centre of Manchester has been opposed by students on the grounds that the Indian leader was a ‘racist’. 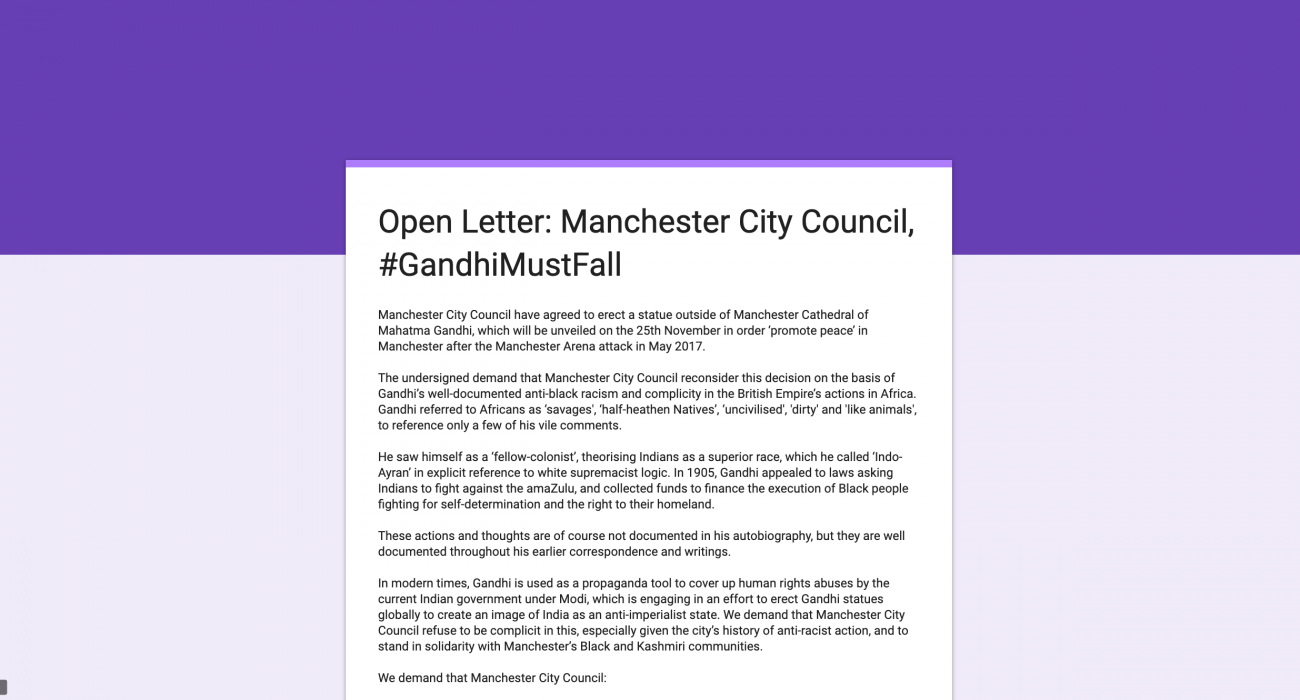 The petition states: “We the undersigned demand that Manchester City Council reconsider this decision on the basis of Gandhi’s well-documented anti-black racism and complicity in the British Empire’s actions in Africa.
“Gandhi referred to Africans as ‘savages’, ‘half-heathen natives’, ‘uncivilised’, ’dirty’ and ‘like animals’, to reference on a few of his vile comments.”