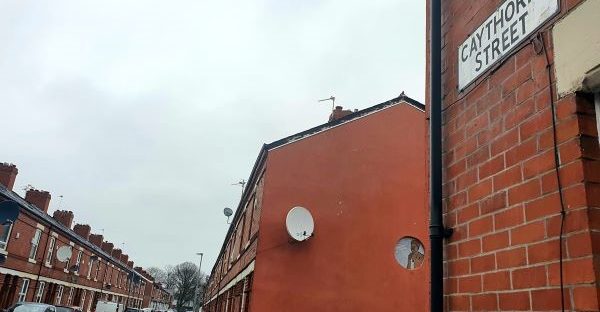 Police are investigating the murder of two men at a lockdown party more than a year-and-a-half ago.

Cheriff Tall, 21, and Abayomi Ajose, 36, (also known as Junior) were shot at a Moss Side gathering.

The killing took place just hours after a Black Lives Matter family event, in a car park off Caythorpe Street in the early hours of 21 June, 2020.

He told residents that GMP was employing a “team of murder detectives, whose sole focus is to solve this case and find the answers that the victims and their families and the community are so desperately searching for”.

#APPEAL | One year on from the tragic murders of Cheriff Tall and Junior Ajose, Supt. Mark Dexter gives an update on the investigation & appeals to anyone who has any info to get in touch.

GMP have issued 10 warrants which has led to seven people being questioned in custody. They have also seized 59 mobile phones.

Inspector Neil Higginson, of GMP’s major investigations team, said: “We are over a year and a half on from the start of the investigation.

“However, I would like to reassure the public that this very much remains a live investigation and we rely heavily on the community to help us solve this case and ensure that a dangerous man is taken off of the streets and put behind bars.”

Anyone with information has been asked to send video footage or images anonymously through the Major Incident Public Portal.