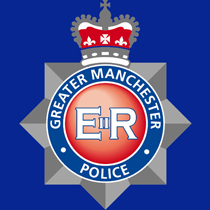 A man armed with a handgun tried to carry out a roberry on  a corner shop in Leigh, according to police.

The offender left empty handed after the staff triggered the alarm and refuwed to hand over cash.

The incident at thre IB Local store on Wigan Road happened in the early evening. The offender, who had a hooded top covering his face, made off in the direction of the Royal Oak pub. He was carrying a black gun and bag.

Detective Sergeant Neil Lawless,said: “This was a cowardly crime and resulted in a terrifying ordeal that no employee should ever have to go through.

“I would like to praise the staff for their quick thinking in raising the silent alarm and standing firm in frightening circumstances."

Anyone with information about the incident, which took place at 6pm on 7 October, is asked to contact police by calling 101 and quoting the reference number 1804, or the independent charity Crimestoppers on 0800 555111.