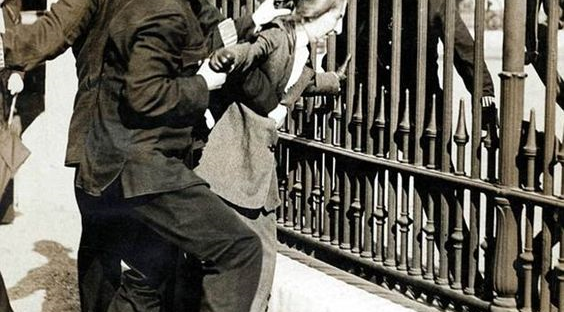 Pankhurst Centre reaches out for help to build suffragette garden

The race is on for The Pankhurst Centre as it campaigns to raise £20,000 to provide a sanctuary for women and children who have suffered domestic violence.

In 1903, 62 Nelson Street provided the setting for the first meeting of the suffragettes. When Emmeline Pankhurst and her family moved to London in 1908 to take centre stage in the fight for gender equality, their Manchester home became a tribute to the work of the Pankhursts in the form of a women’s community centre.

Next year, it will be 100 years since women in the UK first secured the right to vote but every day women are faced with challenges that highlight how far there is to go in achieving gender equality.

Workers at The Pankhurst Centre are fighting for women and children who have suffered domestic abuse to be provided with a safe and tranquil space where they can regain their well-being and reconnect with the parts of themselves that have been broken by violence.

The Pankhurst Garden will be transformed into a therapeutic space where survivors will be provided with horticultural therapy and meditation. Research by the National Garden Scheme shows that increased exposure to green spaces can have a significant improvement on a person’s mental health.

Pankhurst operational manager, Elaine De Fries is part of the new generation of women on a mission to ensure that people suffering domestic abuse receive the support they need. Elaine says that the garden is something she has hoped for since she began working for the trust.

She said: “The Pankhurst Trust works with women and children who have experienced domestic violence and abuse. The centre is the hub to which they come from our refuges to our domestic violence courses, our drop in, our crèche and social occasions. The garden is well used but is not the healing space it should be. A garden should be a green and calming place and that is what we need for our women and their children.

“The women themselves have asked for a more beautiful and safe space for their children and themselves and we at The Pankhurst Trust are determined to get it for them”.

Not only will the garden make a difference to the well being of the women who will benefit from having a safe space to regain their strength, the garden will also be a celebration of the women who have fought for gender equality and will help raise awareness of the struggles still facing women today.

In order to provide this much needed sanctuary, The Pankhurst Centre needs your help. Plant a seed for gender equality and donate here