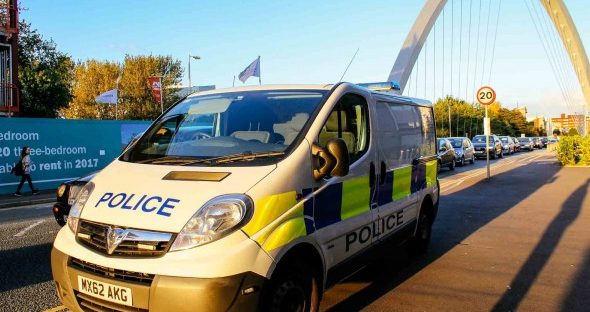 One dead and another injured following collision on Stockport Road

A 71-year-old woman died following a collision on Stockport Road.

A black BMW was spotted by a police patrol at around 12.20am on Sunday, driving at speed on the M60.

The officer pursued the vehicle and attempted to bring it to a stop using emergency equipment on Stockport Road, though the BMW carried on towards the junction of Kingsway and Wilmslow Road, where it then collided with two pedestrians who were walking along the pavement.

A 71-year-old woman was pronounced dead at the scene in East Didsbury. The other pedestrian, a 64-year-old man, was taken to hospital in a serious condition.

A 35-year-old man has been arrested in connection with the incident.

Anyone with information should contact the serious collision investigation unit on 0161 856 4741, or visit www.gmp.police.uk, quoting incident 94 of 20 February 2022. Details can also be passed anonymously to the independent charity Crimestoppers on 0800 555111.