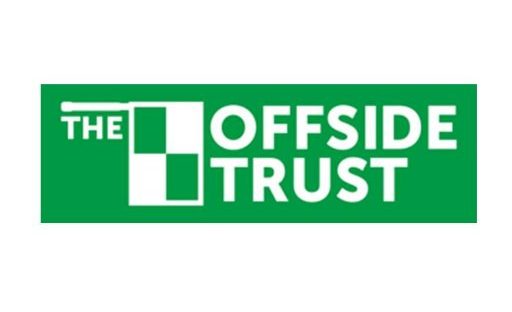 Football in the north- west comes together on 30th July, in a charity football match held at Curzon Ashton FC’s Tameside Stadium.

The match is set to feature a number of high-profile figures from the world of sport and beyond, with former Liverpool striker Robbie Fowler as well Countdown and Friday Night Football host Rachel Riley supporting the event.

The game is to be used as a fundraiser for the Offside Trust, which is an organisation aimed at keeping children safe in sport, as well as supporting children who have been victims of child sex abuse.

The Offside Trust was founded by ex- footballer Steve Walters and former professional golfer Chris Unsworth in December 2016, in the aftermath of a series of high-profile revelations surrounding child sexual abuse in British football.

Both Walters and Unsworth were victims of abuse, and have since used their platform to open up about the abuse they faced, inspiring hundreds of people to speak out about their abuse for the first time.

Walters is appealing for ex- players and celebrities to get involved with the match and for clubs to donate merchandise to be auctioned off.

The trust promises that a number of high profile figures are already signed on for the match, with The Walking Dead actor, David Morrissey offering to play in midfield.

However, more players are still needed for the charity game at the end of July. BBC presenter Dan Walker tweeted: “Come on famous people. Fancy a game for a great cause?”

Sport presenter and journalist Jacqui Oatley also appealed for more people to participate, tweeting: “There must be plenty of ex- footballers in the north-west (and beyond) keen to support the people protecting kids in football.”

With such vocal support from prominent members of the media, the Offside Trust will be a lot more confident of securing the players needed for the game and ensuring the fundraiser is a success.

The work that the Offside Trust is doing in terms of trying end abuse in sport, as well as supporting the survivors of child abuse has been praised by a number of sporting figures. The likes of Ronnie O’Sullivan and Matt Le Tissier have shown their support for the Offside Trust on social media, with the Southampton legend and former England international stating: “All players, clubs and fans should support the Offside Trust, they’re making sport safer for children and helping survivors of abuse.”