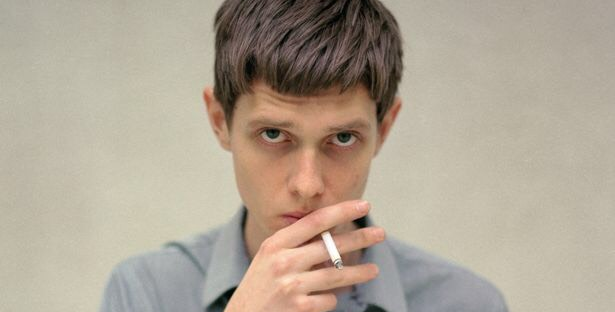 New Order, Bonobo and Sampha have been announced to play Manchester International Festival 2017 in June.

The festival, which consists of multiple events at venues across the city and runs between 29 June and 16 July, released its full programme at an event at Mayfield Depot on Thursday. The artists announced today will join Arcade Fire who were already revealed to be performing at Castlefield Bowl as part of the festival last month.

Tickets go on sale to the public on 10 March (today).

The highlight of this year’s festival is a series of five performances by New Order who are returning to Old Granada Studios and where they will be backed by an orchestra of synthesizers. At the Mayfield Depot launch event, frontman and guitarist Bernard Sumner told the crowd: “We’re going to smash the songs we don’t usually play down into their molecular components.”

The programme also includes a Bonobo live performance in Manchester Cathedral. Bonobo brought his show to a sell-out gig at Manchester’s O2 Apollo just last week and got a rave reception from both fans and critics alike.  A chance to see him playing in a more intimate setting is surely not one to be missed.

Mary Anne-Hobbs has curated eight shows at venues Gorilla and the HMV Ritz as part of MIF. Her mini-series, named Dark Matter, will combine visual art from lighting designer Stuart Bailes and experimental music from the likes of Holly Herndon, The Haxan Cloak and Clark.

As well as music, an array of art and poetry will be arriving in the city for the festival. Manchester Art Gallery will exhibit the world premiere of True Faith, curated by Matthew Higgs and Jon Savage, where works will explore the importance of Joy Division and New Order and sit alongside Peter Saville’s famous original album artworks in all their glory.

Underworld’s Karl Hyde has additionally announced Manchester Street Poem as part of the programme, where stories from lived experiences of homelessness in Manchester will be told. Both events free.

Anna Brannigan, 23, a past MIF attendee, said: “I’ve just managed to have a look at the programme and it appears as good as ever. Manchester International Festival is always a special occasion. I can remember watching Björk a couple of years ago and she blew me away. Can’t wait for Sampha this year.

“Manchester Street Poem with Karl Hyde will be good too. I work outside as a fundraiser in the centre of Manchester and homelessness a visible issue in the city. It’s great to see a festival which recognises community issues and tries to tackle them in a ceative way.”

You can see the full programme at: http://mif.co.uk/mif17-events/