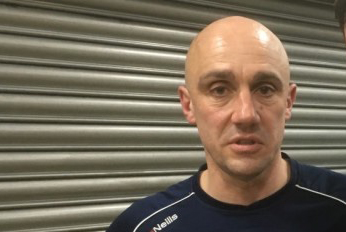 Exciting roster of sporting talent will be revealed at curtain-raiser

MMU Performance Sport Manager Jérôme Read has exclusively told the Northern Quota he is very excited with the latest batch of elite athletes in tonight’s unveiling of the Talented Athletes Scholarship Scheme.

At a webinar, Jérôme will introduce 18 elite athletes from parafootball, netball, snowsports, basketball, swimming and fencing, who are all funded through the scheme. The Talented Athlete Scholarship Scheme (TASS) is a Sport England funded partnership between athletes, education institutions and national governing bodies of sport. TASS helps athletes in education – aged 16-plus – to get the very best from their sporting and academic careers without having to choose between the two.

The talented athletes include:

Savannah Dada-Mascoll, who boasts talents in both netball and tennis, will also be on the roster of talent tonight. The rising star recently won gold representing England’s U17 Netball at Netball Europe but balances her skills in netball with tennis. Savannah has attained a winning percentage of 50 per cent in women’s singles.

Stacey Tankoua plays in goal and wing defence for Manchester Thunder. She was selected to play for the England U21 netball team when she was 15.

Azeem Amir, a 4th-year TASS student, is a blind footballer who currently plays for England and GB blind football team. Jérôme has described him as a “poster boy for TASS” and he has appeared in a campaign alongside Jesse Lingard and Ross Barkley.

Alexandra Powell, from Solihull, is a top-flight fencer who is following in the footsteps of older sister Elisabeth, having won a team gold at the Junior Commonwealth Championships in 2018 and also picked up an individual bronze.

MMU sports journalism students Jack Derbyshire and Zach Cartwright will be covering the event for the Northern Quota tonight.

He said the aim was to develop students holistically in their sports discipline and academic pursuit.

He said he wanted MMU to be “the go-to university for elite Pathway athletes” and said the latest recruitment showed that this was on-track. He added: “Without creating a partnership with organisations like TASS you are unable to do that.”