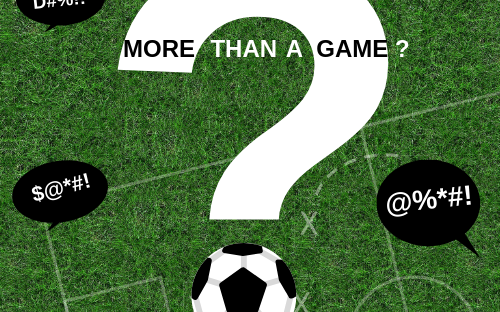 More Than A Game? Campaign launches to put an end to sideline abuse at amateur football matches across the U.K.

Parents play a crucial role in amateur clubs and community sports in the U.K. They ferry children back and forth between fixtures, wash uniforms and hand out half-time oranges to kids across the country. It is parents who give up their time every week to become coaches, supporters and last-minute linesmen for the weekend and without them, the stands would be left bare.

Occasionally, however, some can become over emotional, verbally abusive and sometimes physically aggressive towards officials, players or the opposition. This has a massive effect on the children playing, as not only does it mean they often pick up bad habits – such as disrespecting the officials and using foul language – they also stop getting enjoyment out of the sport they have always loved to play.

Football is about highlighting the positives of a child’s game and identifying children’s strengths, not their weaknesses. Children are there to have fun, develop skills, create bonds with other players and build their confidence, let’s not shatter it with sideline abuse.