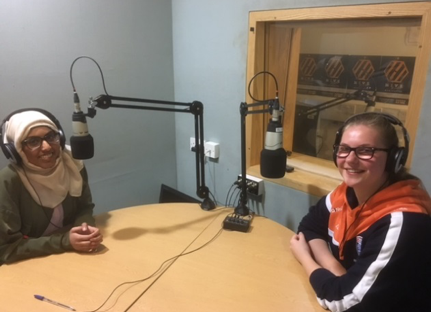 Europe’s biggest 10K run will take place on May 28th and the run starts at Portland street ending at Deansgate. The route passes some monumental sights of Manchester such as Manchester United’s Old Trafford stadium, The Lowry Theatre and The Imperial War Museum.

The charity run is being held by “The Greater Manchester Run” which have been running events since 1981 so why is this the first time MMU are taking part?

I caught up with Jonathan Fletcher, the sport manager at Manchester Metropolitan University who spoke to me about the reason to taking part this year: “University of Manchester got involved with the initiative last year and I was speaking to colleagues from their sport department who told me what a great success it was and the numbers that got involved.

“We thought it would be a great idea to have a go ourselves and it’s a great way to get new people who aren’t physically active involved with a new initiative so with it being the biggest 10k throughout Europe and it being right on our doorstep, it seems crazy that we hadn’t done it before. We have managed to offer it as a discount to our staff and students to try to encourage those who are unsure about giving it a go to hopefully get involved.

Over 400 people have so far registered and there is still time to enter, here.

He continued: “10k to some people is quite intimidating… we have some beginner jogging clubs to build up people’s endurance.

"The advice I would give is: enjoy it! Bands will be playing around the course, get a group of friends together and there’s a lot of positives to doing it including the health benefits.

"We have got orange Manchester Met proud t-shirts. The idea being that we should be easily spotted by family and friends.

"There will be 50% off food at the student’s union, all they must do is show the medal that they have been given. There’s going to be a DJ, bouncy castle so their family and friends can come along as well.”

The university charity is first generation. It’s a charity that helps fund people to go to university for the first time and there is more information in regards to the charity on this website.

I also caught up with MMU rugby player Jess Dyer and MMU business management student on her target for the 10K run “It’s a new challenge and I’m lucky that I’ve got a base level of fitness from rugby. I’m just building up endurance of running. I’d like to run it in under an hour.”

Jess Dyer is raising money for MIND a mental health charity and she has set up a just giving page.