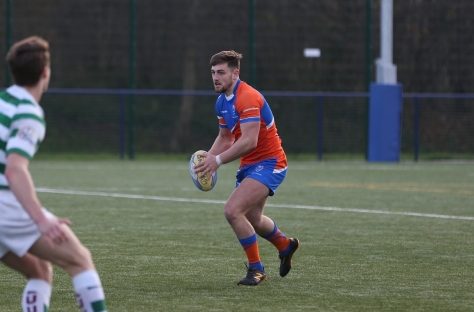 A sports student from MMU clearly impressed coaches enough to make it into England's training squad for the 2017 University Rugby League World Cup.

The law undergraduate is one of 33 players vying to represent their England at the tournament in held in Australia in July, as part of the Festival of World Cups.

Bryan is a rugby league sports scholar and plays as a loose forward for the university's rugby team who were promoted to the top tier of student rugby following an undefeated 2015/16 season.

Callum Jones, performance sport officer at MMU said: "Alongside being athletically and technically talented, Dom has shown a lot of maturity and professionalism throughout his rugby league career here at Manchester Met and this has been rewarded with his selection in the English Universities squad for the upcoming World Cup.

"Making the achievement even more impressive is the fact that Dom has achieved it whilst balancing being the current chairman for the university club as well as a challenging third year in his law degree.”

Dom Bryan acknowledges that balancing his rugby commitments with other aspects of his life is difficult but states that. “It is quite hard having to balance everything.

"But it is part and parcel of being a student.”

The law undergraduate is aiming to become a qualified solicitor once he completes his studies at MMU but in regards to rugby, his sole focus is on this summer.

He will find out whether he has made the next cut for the world cup squad on March 11. The Rugby League University World Cup commences 5th July and the final will be held on the 17th July.