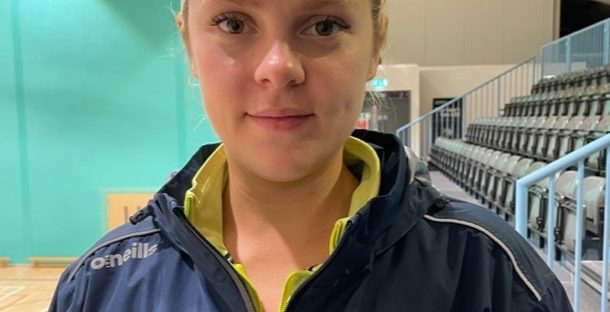 The girls of the 2022-2023 MMU netball team are talented players from all over Manchester, including scholars and elite level players.

They represent clubs from across Greater Manchester including Tameside, Bury and Trafford but the important partnership is with elite level Manchester Thunder, a Netball Super League club developing the game across the region.

MMU netball head coach Paige Kindred said the partnership with Manchester Thunder is great for the development of netball at MMU, being livestreamed for the first time on Matchday Live on Wednesday afternoon.

“Thunder train at Platt Lane and use our facilities and their support at Manchester Met only strengthens what we do. This is certainly displayed in our scholarship offer programme which aims to continue to develop the local players competing in this area”.

As a result of having strengthened the quality of players available for selection, the girls stepping out on court have “confidence and fearlessness”, and the improved training programme have strengthened all areas on the court.

Because the girls are so steeped in the ´one game at a time´ philosophy their game is so much more clinical and focussed.

Paige said: “On the day, it is those who take the opportunities, who play their role for the team and who execute who are the winners.

The installation of the Matchday Live cameras at Platt Lane mean we can record play and analyse it, and that gives me a deeper insight into our game. With the commentary and stats on screen as well as. The multi-camera angles mean these elite players are getting the exposure they deserve. I am beyond thrilled to be a new part of this new development.

Recent results bear out her comments, with a 60-30 thrashing of city rivals University of Manchester.

“I´m really happy to take the derby win and their defence gave us something to think about at times. Using the game footage, I´m going to create game plan for 30 November when ´we have the return fixture and I´m very happy that we are moving our game to the next level.