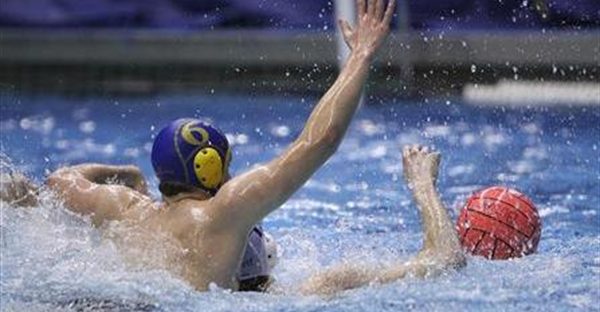 After their landslide victory against Northumbria University (17-4) last Wednesday, MMU water polo coach and sports performance officer Jerome Read said "it has given us [the] confidence for the next set," adding that "next week is a very different game. Durham have got much more strength than we’ve got now."

MMU water polo team have support from the City of Manchester water polo team. Commenting on the bridge between the two teams,  Jerome said: "a lot of our training sessions are linked with what they do, they play the highest level of British water polo and MMU train against them."

This won't be the first time MMU have played against the University of Durham. Their last tension-filled game at Durham caused MMU to lose by 2 points. However, the game was voided as Durham didn’t play by BUCS national rules which say that each quarter is played for 8 minutes, whereas Durham played for 7 minutes.

Dan Paddon, 19, MMU water polo team captain and MMU student told the NQ about the preassure on the team: "we’ve only just got promoted so it’s a big statement if we win the league. There is added pressure to win as we have ex-GB players in our team.

Durham University lost their two year winning streak when they played against MMU at the Aquatics centre in October, meaning Wednesday’s game will be heated for both teams.

Jordan Elliot, 19, MMU water polo team player and a MMU student from the Cheshire campus, said "If we win or draw, we automatically come top of our group. If we lose, we get a harder draw when we play the southern and the northern league. They play each other so it’s first and fourth, and second and third cross over, so it means we’d get a better draw.

From what we’ve seen from other teams, there are three teams competing to win the league, MMU, Durham and Cardiff University."

For MMU students Dan and Jordan, it isn’t just university sports they want to succeed in. Their short-term goal is to play in the World Student Games in August, before the commonwealth games in 2022 and eventually, the European games all at a professional level.

Team captain Dan and fellow team mate Jordan praised their coach, Jerome. Dan told the NQ: "Jerome really supports us and is always pushing us to come to training which is really helpful for the guys where polo isn’t there priority. He’s very committed. He’s had experience; he’s worked with GB teams in the past and has been to a commonwealth game himself. He knows what the game is."

MMU play Durham at the Aquatics Centre on Oxford Road this Wednesday,  and the NQ will be reporting live from the event.