Midwives’ working conditions: low staffing levels and pay are now declared as a state of emergency

Midwives and supporters of the March with Midwives campaign protested in St Peter’s Square outside the town hall on Sunday.

They called on local MPs to address a state of emergency within local maternity services.

Thousands attended demonstrations around the UK as midwives demand “more time, more money and more autonomy” for the essential service they say is under extreme pressure.

Among those who marched in Manchester is midwife Abigail Latif, who has recently left the NHS.

Abigail said: “We are leaving on a weekly basis because we are denied basic human rights. We’re not getting breaks on 14-hour shifts, the litigation is so high and the pressures of the system mean you can’t support women and do your job.

“We are suffering psychological trauma and we are burnt out.”

The final straw that led to Abigail’s resignation was being expected to work in other areas aside from normal births, her specialism.

A normal birth means there is no medical intervention such as an induction or epidural when labour occurs spontaneously.

The March with Midwives manifesto highlights how many midwives had no choice but to leave their jobs. In 2021, 16,000 midwives and supporters of the campaign marched to raise concerns about low staffing levels, unmet demands and midwives’ working conditions.

“One of the really sad things is that it is affecting women’s birth choice. If you wanted to give birth at a birth centre because you want low risk care or want a water birth, that facility isn’t available 24/7. anymore.

“You’re not going to know that until you turn up at the birth centre when you’re in labour, because it’s not being published anywhere. So those women that do want that type of birth, the labour wards are where you will be directed.”

When asked why the NHS won’t distribute more funds into midwifery, Abigail said: “The government is the one that can give funding to the NHS. The NHS do get accused of not using the funds correctly and we know that the funding in certain areas has been haemorrhaged. We’re losing money”.

Maternity wards affect every part of society and the lack of low risk birthing centres has raised pressures on other parts of the NHS, campaigners say.

Abigail said: “We want the public to fully understand what the shortage of midwives means for them, not just for us.”

Abigail and others in the sector have pushed to get local MPs involved and are trying to set up a meeting with Andy Burnham, the mayor of Greater Manchester. They aim to get a firm plan in place to resolve the shortage but no set date is in place.

Campaigners are asking the public to sign the petition and get involved. 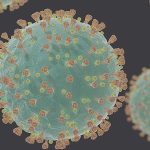