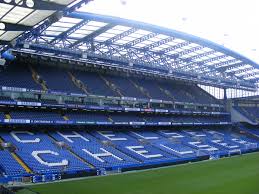 The game that was mainly a one-sided contest livened up when Hazard scored Chelsea’s first in the 19th minute as he scored a trademark goal cutting in from his favoured left side and shooting towards the bottom right corner of the Everton goal.

Chelsea doubled their lead a minute later after a great team worked goal, started off when Hazard skilfully got past two Everton men,  passed it to Pedro who’s cross was short for Diego Costa but Alonso was able to reach it and slotted through Maarten Stekelenburg’s legs.

Chelsea had a great chance to get their third on the 34th minute, but Moses could only find the outside of the post after a beautiful delivery by Alonso with his right foot.

Antonio Conte’s men finished the half of impressively on 42nd minute as Nemanja Matic helped on Hazard’s corner, Costa was unmarked and finished the set piece with the ball ending in the Everton net. This was Costa’s 9th goal of the season making him the top goal scorer.

Within 10 minutes of the second half starting Hazard got his second and Chelsea’s 4th goal of the game after a scintillating move which left the Everton keeper standing still while Chelsea were celebrating. The game was most definitely over and out of reach for Everton however Chelsea wanted to add to Everton’s misery and they did in the 65th minute as Costa brilliantly got away from Phil Jagielka and passed to Hazard who was looking to round off his exhilarating performance with a hat trick but his shot was parried by Stekelenburg and it fell to Pedro who had an empty net and put the game to bed with a goal.

Eden Hazard had played a part in every Chelsea goal and deservedly came off to a standing ovation from everyone at the Bridge after his man of the match performance. Hazard had only scored four goals last season however the star player has now got seven in 11 games.

Many Everton fans had left Stamford Bridge well before the final whistle after their team had a bad day at the office and one to forget.

The final whistle came with huge cheers from the home supporters after their team’s magnificent display which was one of the best performances Chelsea had after a long time.

Next up Antonio Conte’s men travel to Middlesbrough in high spirits while Everton face Swansea at Goodison park.